Lysergic acid diethylamide, otherwise known as LSD or Acid, is a highly psychedelic, very controversial mind-altering drug that people use for recreational purposes. Whether the chemist who discovered it did it accidentally or not is still in question. What is fact though, is in the year 1950, the CIA (Central Intelligence Agency) began developing it with the hopes to use it for mind control and chemical warfare. Before its prohibition, adventurous citizens began using it at a very steady rate so by the time the 60’s rolled around, all hell broke loose and it was banned, amidst the protesting of many long-haired, no longer peace-loving hippies. And until this day, acid is still very illicit to many while still enjoyed by few, or so we think. Take a look at the wonderful world of LSD.

What Exactly Is LSD? 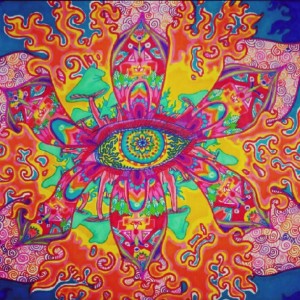 LSD is a kind of psychedelic drug that alters the state of mind, or as colloquially said by most, gives you a major head-trip. Depending on how much you ingest, it can last between 6 – 14 hours and put a total spin on all your senses, creating a completely demented world from the one you know. Whoever thought that something so miniscule couldn’t make such an impact has obviously never tried acid before. And I would highly suggest that you know exactly what you’re getting yourself into before you even consider trying it for the first time.