Who hasn’t heard of Mike Tyson? Unless you’ve been living under a rock your whole life, you know this very name instills fear in both men and women. He may not be the best boxer right now, but one thing’s for sure: he’s a legend. He’s made a name for himself in and out of the boxing ring. He’s got that tribal tattoo on his face that makes him look even more sinister. And if you don’t agree with what he says, you may as well zip your mouth. Otherwise, you can bet that he’ll chew your ear off – literally and figuratively.

He looks like he can take down a whole town of men all on his own, and if that doesn’t scare you, maybe his friend, Don King, will. He looks like a man who’s been dipped in a vat of electric water. Mike Tyson will beat you to a pulp while Don King will hold a Taser if you even attempt to run away.

Mr. Tyson may not look like the brightest bulb in the Christmas tree, but as you’ve gathered by now, the man does have connections. And sometimes, the insane things that come out of his distinctive lisp actually make sense. 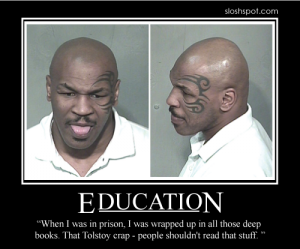 Maybe he should’ve stuck to reading the comic section of the newspaper. And from the looks of it, he may just appreciate it even more. 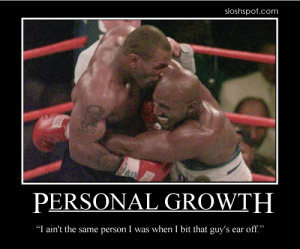 Hmmm…there must be something in Holyfield’s ear. This heavyweight’s opponent gave him an earful during their fight. Mike must’ve listened because he is a changed man. He may have changed his diet after this. What’s next? Pacquiao’s nose?

More in Did You Know?, Humor, Sports

Samuel Langhorne Clemens, aka Mark Twain, was a man who wore many hats. He was an adventurer, an author, and...