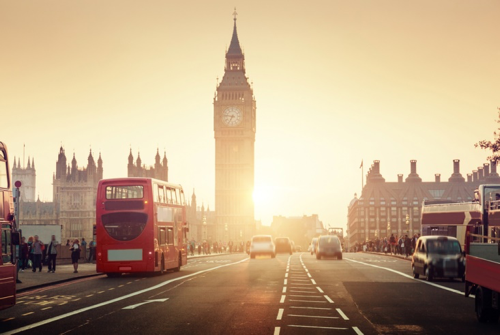 London is one of the most visited cities on the planet and for very good reason. Steeped in history and culture, millions of tourists flock to this city each year to take in sites such as Buckingham Palace and to feast on delicious cuisines from across the globe. Events like the Notting Hill Festival are huge draws, while some tourists are simply drawn to London’s upscale, cosmopolitan feel.

Despite London’s stiff upper lip feel at times this city also holds a very interesting secret. It’s home to an incredibly attractive party and nightlife scene and some of the most beautiful women in the world. London’s diverse population means that its women can claim heritage from regions like the Middle East, Southeast Asia, Eastern Europe, and British beauties.

When you’re done with the double decker bus tours and bangers and mash, it’s time to explore London’s sexy side and meet some of the lovely ladies that call this city home.

Yes, English is spoken in London but if you’re from other English-speaking parts of the world like Canada, the United States, South Africa, or Australia you might find yourself feeling like you can’t understand a word that’s spoken. Just like other countries in the world England has regional accents that can add even more confusion. But if you want to get and keep the attention of a London girl you need to know what to say and how to say it.

Basic conversations are easily understood, but if you want to get down to business these are a few words and phrases that you need to know. “Fancy” means that you like a girl or to like something in general. “Trying it on” means to hit on someone and “shag” is the all-important term for sex. So if you really want to get to the point you can just say, “Fancy a shag?” and see where that gets you.

Apps and Websites Are Great Resources

London’s young population is made up of very busy people with demanding careers. Chances are the lady you fancy works long hours and doesn’t really have time for traditional dating. This is where dating apps and websites come in to streamline the process. After all, you want London’s women to find it easy to meet you, just as you want it to be easy to meet them.

Utilize apps like Tinder and Plenty of Fish to ensure that you can get the attention of women on their own playing field and, since London is a huge city, knowing who’s near you helps a great deal. You can also use websites like this London escort guide to have your pick of some of the city’s most beautiful and available women at any time of day or night for a special date night.

Always Hit the Clubs and Pubs

London ladies are just like anyone else and love to blow off steam after work or on the weekends by visiting their local pubs or some of the city’s hottest nightclubs. For pubs, choose one that’s close to you and attracts a younger crowd, like the White Horse in Brixton.

When it comes to nightlife London rivals any other major city on earth. No matter if it’s music or adults’ only evening entertainment, you’ll find the sheer number of after-dark activities in London to be mind-boggling. Again, unless you want to cross the city for a specific event it’s best to stay near your hotel but legendary clubs like XOYO and Phonox are amongst the city’s most popular and the crowd always includes London’s most beautiful women.

Even though dating apps and websites are so successful, sometimes nothing beats striking a conversation with someone over a beer or a cocktail and seeing where the night takes you.

London is a fantastic city all the way around, but when it comes to dating and sex it’s head and shoulders above other cities of its size in other parts of the world. If you’re a foreigner and have your sights set on meeting and dating someone in London utilize these tips to your advantage. London ladies are often just as fascinated by foreigners as you are, so learn the lingo, choose the right spots, and put your game face on. The best date of your life could be waiting for you around every London corner.

When it comes to looking for love online, people are hesitant about joining a free dating site. We have three...