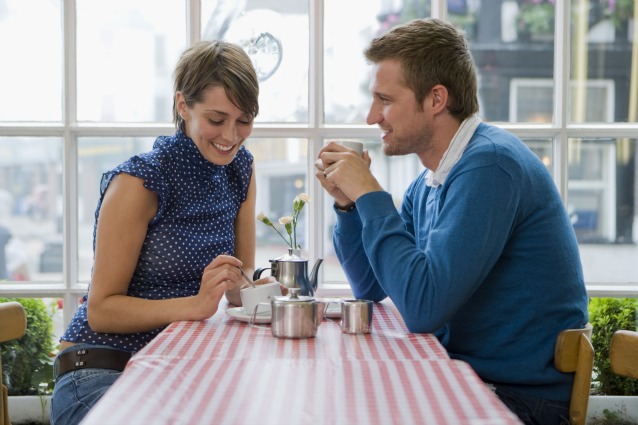 In the US, so I’ve heard, Dinner and a Movie is the classic date. It makes sense in a way: you get a bit of fancy during dinner (dudes – a pizza joint or a burger joint aren’t considered a proper place for dinner; for that matter, any place-of-food that has to the word ‘joint’ in it, let’s just say the ladies not going to like it) and you get a bit of gazing during the movie. It strikes a perfect balance. The only question remains is what comes first, the dinner or the movie.

Which Came First – the Dinner or the Movie?

My first instinct tells me to hit the theatre first so there’s something safe and handy to talk about during dinner. First date especially, though the fourth can be much the same, awkward silences and desperate conversation hooks are a buzz kill. As we know from the web, you don’t want to kill the buzz, you want to feed it.

On the other hand, it sounds more eloquent to start off with the dinner. You both meet, hopefully excited, and you need something to soak it in. Food is good that way, alcohol way way better. Surely you will have much more fun after you put some food in your stomach and diluted your blood a bit with some booze. There is no reason to be prudent about it – it’s the way things are. After that, if it’s a comedy you’ll laugh harder, if it’s a melodrama you’ll shed more tears (boys do cry) and if it’s a horror flick hopefully the chick will cling to you closer.

And if we are already talking about it, isn’t there a place for a dinner and a movie simultaneously? Well, it is high time there should be.

Play The Hand That Wasn’t Dealt You

Where I’m coming from, and I’ll hold to that information for a bit longer, dates are less contrived. You can say that we give more leeway for the one-on-one date-o-rama. I mean, we do eat and we occasionally even watch films, but if I wanted to sit quietly next to a girl and stare forward for a good hour and a half, I’d go visit my auntie. Girls are super fun and if I manage to find one that’s willing to spend time with me, I’m not going to waste it on the latest and definitely not-greatest romantic comedy with Adam Sandler and Drew Barrymore. As they say basically nowhere, let’s make our own romantic comedy.

What will I do? Everything I can to take her out of her comfort zone. My last date, for example, was a super cute bookish girl, so I took her gambling. She was so shocked and frightened at first, saying she doesn’t gamble and thinks it’s a dangerous habit. I didn’t contradict her (I never contradict girls, it is pointless and rude. They are always right and if you think differently you must be 25 years old or younger.) But as she explained to me why she thinks so of betting money on games of luck, I very calmly inserted coins into a slot machine and pulled the handle. Once the reels started spinning she stopped mid-sentence and couldn’t take her eyes of the spinning reels.

When I offered her to pull the handle herself, I could see she is struggling. She wanted to say no, but she wanted to pull that handle no less. She hesitated, so I gave the handle another pull and watched her watching the slot machine game. She looked like a little girl seeing a puppet show for the first time. After that she wouldn’t even let me get near the slot machine. I could see in her eyes that all she wanted was to go on and figure out how to play slots.

It Is All Fun & Games

Another time, I took a dancer to a lecture about the Evolutionary Freedom of Non-Mammals. It just happened to be a topic I have great interest in, and I marveled on how her eyes widened when I told her what it is we are going to do. The lecture turned out great, she loved it. She had no idea, like most people, how expansive and fascinating the evolution of simpler organisms has been so far. I won’t burden you with the details, just trust me on this one.

Just between us, I’ve always dreamt about taking a vegan girl to a hunting trip. It is the ultimate out-of-comfort-zone date. It could have been epic. The problem is, I think hunting is the most disgusting acts and all hunters in the world should be hunted themselves. The closest thing I can think of, which is definitely on my future-dates list, is visiting a haunted house with a paralegal. I have no idea why, but in my mind those two are a match made in heaven.

So what is there to learn from all this? Probably nothing. Not everything in life should be an educational experience. Stuff can be just for the sake of fun, like watching an Italian man making pizza, or eating two bananas at the same time. And maybe that is the lesson for dating – just think of fun stuff, really, nothing too heavy, nothing that impresses or whatever. Fun is your wingman, fun is where the sun always shines.