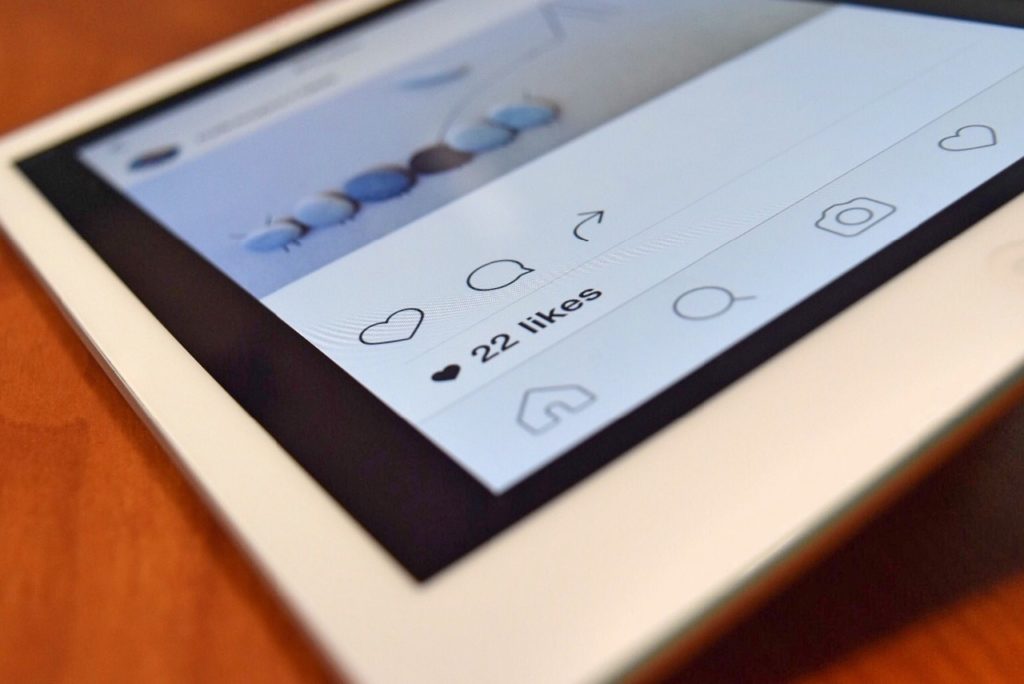 The thing about posting massive amounts of photos on a platform like Instagram is that sooner or later something is going to go wrong. Here is a list of some of the funniest Instagram fails that you should probably avoid making yourself:

Breaking up over a text is so 2010. The latest way to break up is to crop her or him off all those couple pictures you posted on Instagram. Cropped out of your pictures, definitely now out of your life forever.

So, where is the crowded room? If you want your Instagram picture to be a success, make sure the caption matches the photo. 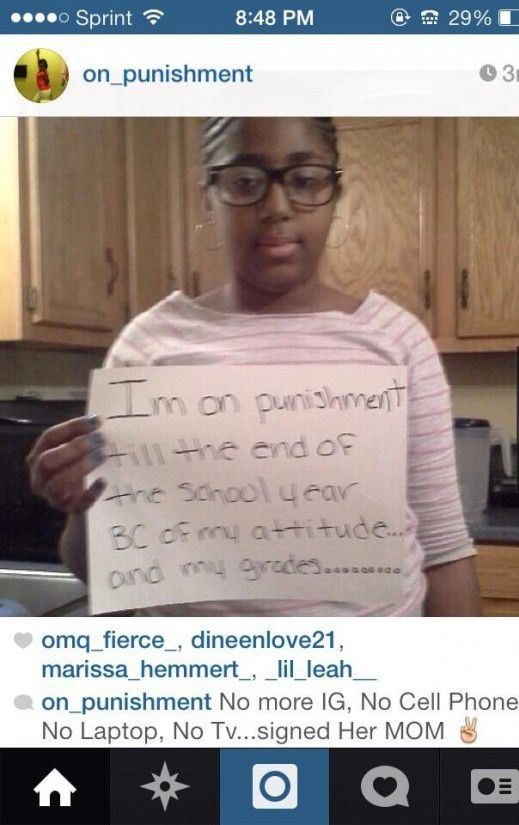 If you want to shame your children for something nowadays publicly, you do it on social media of course. Notably Instagram, where a photo like this cannot be forgotten, ever. Is this great parenting or what?

4. This is Not the Way to Post Attention-Grabbing Photos 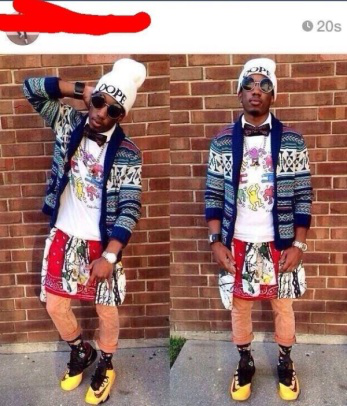 There’s such a thing as trying too hard. This is one of the prime examples, seen by thousands on Instagram. 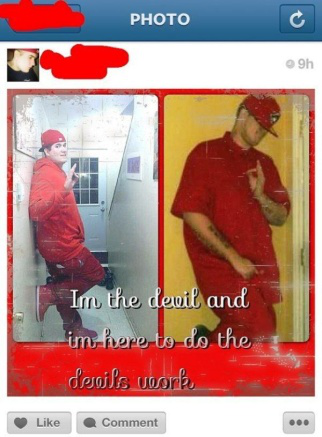 Uh, just don’t. Bad suit aside, the devil can probably do without the bad photo ops. Perhaps try to do work you are good at? 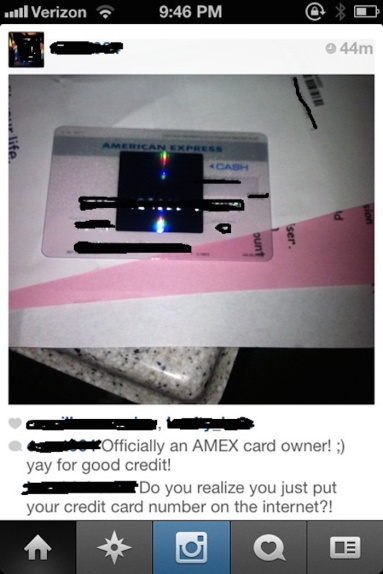 This is a subtle way to get Instagram views people. No, it is not stupid at all to post your credit card information for the whole internet to see. Sometimes genius is misunderstood. 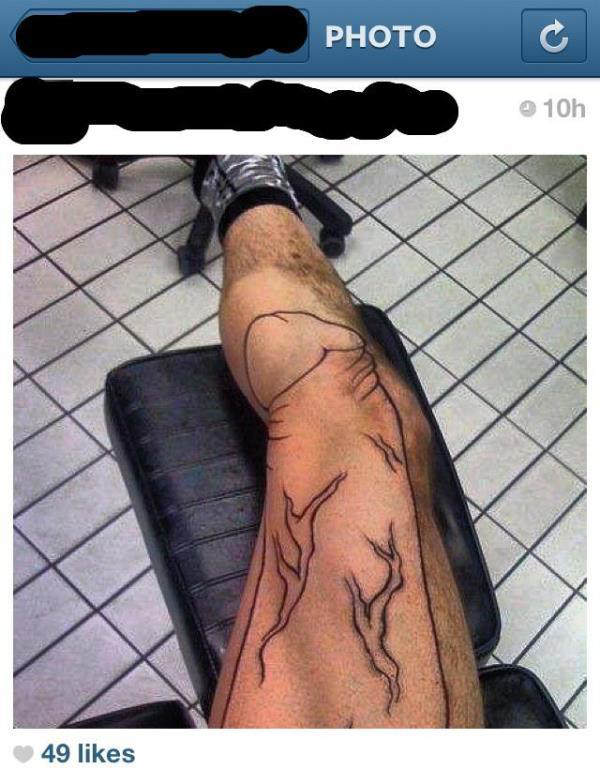 Classy, this picture is not. No one wants to see that, especially not the partially shaved leg hair.

8. Mussels in the Gym 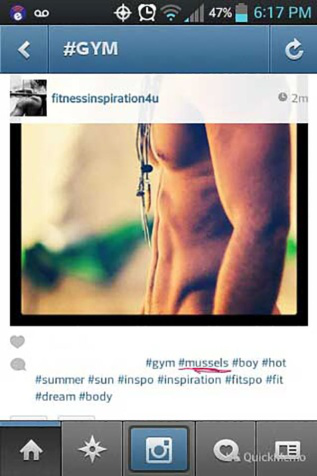 Hey, no one goes to the gym to exercise the brain. Who cares about a silly misspelling when there are all those abs to stare at? Amirite? 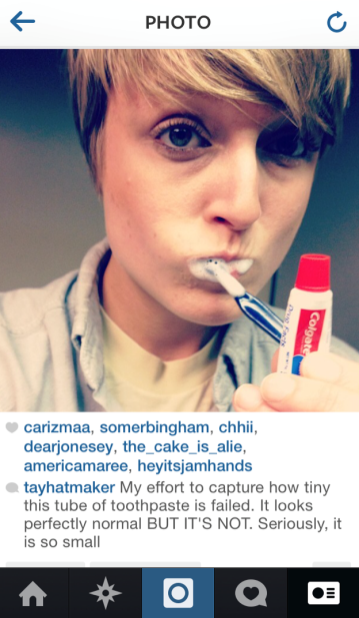 Sure size matters, but also scale. Holding up objects too close to the camera makes them seem bigger than they are in real life. So, what was the point this post was trying to make again?

10. Just Say No to Crotch Shots 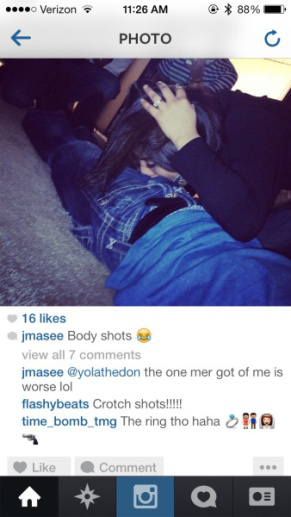 They should have realized that this was never going to work before the shot was even taken. Especially not with that ring. Plus, who wants to see crotch shots? No one. 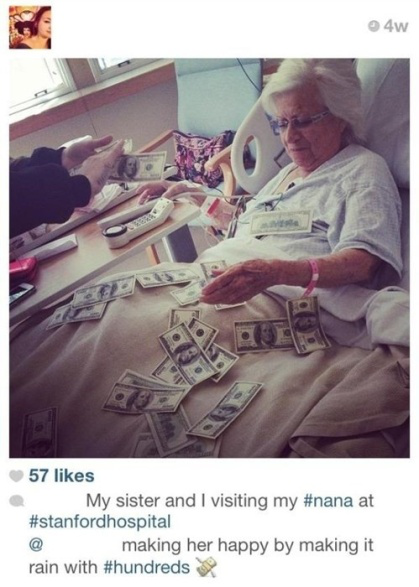 Maybe there are better ways to treat your nana who is dying in a hospital bed than to throw (possibly fake) hundred dollar bills on her bed? She doesn’t look at all happy with it. And she probably will be less happy to see it on Instagram. 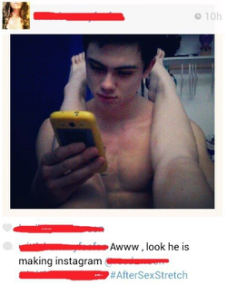 13. The Internet is Mean 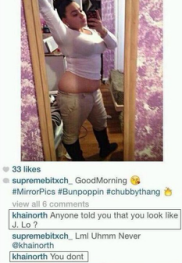 That is not how #bunpoppin is done. There’s this thing called self-trolling, where you just ask for it. It’s not nice to see people being mean or fat shamed on the internet. But some people may just deserve it. 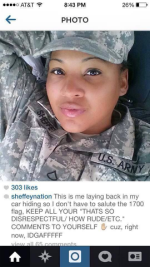 Yes, this is going to work. None of your superiors is going to see you publicly declaring disobedience on the internet. Hiding in plain sight…smart. 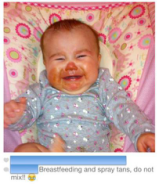 Breastfeeding your baby and self-tanning does not mix. But this is probably not they way to show it. Or is it?

If you are ever posting on Instagram, try to avoid doing any of the above.

Memes That Changed Our World

We’re coming into the age now the place we are able to see the have an impact on of Social...