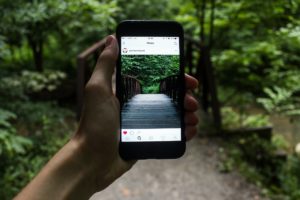 Social media has been around for some time now but it has never been so in vogue, so sought after! It is the latest lifestyle trend. Now here’s an attempt to understand the trends for 2017 of the rage which is Social Media:

Comment sections have become highly animated portals for people to express their verdicts on things that are generally inconsequential. Be it Kanye-Kim’s wedding, Princess Kate’s pregnancy or anything at all! When Sarthak Agrawal topped CBSE with 99.6% this year, the comments that came up at the newsfeed were nothing short of revolutionary. Here are a few examples that totally cracked me up.

This is undoubtedly the brightest era for internet humor. Memes are intelligent, witty and innovative. And when you say relatable posts, memes could easily be ambassadors of that.

Wikipedia describes them saying a meme acts as a unit for carrying cultural ideas, symbols, or practices and well it sure does. It is a visual concept so certainly is eye catching and more impactful. And for people who have been following it for a while now, they connect with the default structure of the meme on a subconscious level almost instantly so it is more effective in conveying the more specific information.

Hash tag is currently a teen trend really. It’s been criticized for its disrespect to language and for too much ‘swag’. But, love them or hate them you can’t deny them. They are everywhere!

They have made an impact, a long-lasting one at that. A lot of information is conveyed in short sentences without much need for strict grammar. It is easy and quirky. Its saves time for both the writer and reader. So it comes as no surprise that Hash tags are fast becoming an indispensible part of the internet lingo.

Now, while location check-in might not be the most preferred feature for most teenagers and school going kids (whose numbers on social media sites are HUGE), it has gotten much attention as of late.

It’s a brilliant option from marketing point of view to check-in the customers on their social media accounts and most restaurants and events have already and now increasingly started seeing the pure genius in this scheme.

Oxford dictionary word of the year for 2013, selfie is the sure-shot ruling trend of the year. With front camera smartphones , selfies are easy to click and amongst the must haves. Selfies have made a very smooth ascent in social media trends. The Oscar selfie itself became an effortless blockbuster. The ‘vote selfie’ trend was one noble trend that was successful in spreading awareness about elections better than any other effort.

Politics? Oh boy yes, politics has invaded social media and no it’s not ugly. Social media must probably be the only place where politics isn’t the powerful but at the mercy of it. Social media has revamped the face of politics and the way it has been played this year round. From memes, statuses, tweets and all the other tools, political images are pretty much dependent on the moods of social media.

On the most basic level, notice how the ads that come up on your Facebook accounts are gender specific and well aware of yours?

Paid advertisements are getting big on social media scenes and you’re only going to be seeing more of them. And they are sure to get very specific to your tastes thanks to close studies of your activities online.