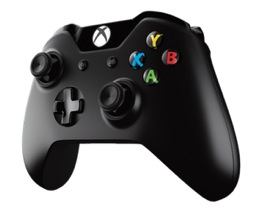 The PC gaming market has overtaken the traditional console platform globally, with exception to the UK. Game consoles still remain the most popular gaming devices in the UK and reports by DFC Intelligence suggests that it remain that way for some time.

While the analyst’s research revealed that PC gaming revenue has overtaken console gaming on a global scale, British players are bucking the trend. In contrast to the results experienced across mainland Europe and other emerging gaming markets, the console market’s worth remains at over double that of the PC platform in the UK.

David Cole, the boss of the DFC Intelligence research firm said: “The statement is absolutely not true for the UK where console gaming is still dominant by a large margin. Console gaming is over twice as much revenue as PC gaming.

“In the next few years we will continue to see console gaming dominating the UK and actually increasing that dominance.”

Despite early adoption of next gen console releases appearing disappointing, consumers are continuing to purchase Sony’s PlayStation 4 and Microsoft’s Xbox One. Sales are expected to increase as more game titles are released.

The dominance of PC gaming is down to markets such as Hungary and Russia, where take up of new consoles has been low. Emerging markets has also given rise to a larger PC market, with a wider audience opting to try for bingo and other forms of social gaming.

“The PC is a fairly universal item that is used for work and education but also as a way to play all kinds of games, while console systems are a luxury item used mainly for entertainment,” continued Cole.

“Well to do markets like the UK and US can afford luxury items like video game console systems. However, much of the world can not afford such a luxury so the PC becomes the de facto game system.”