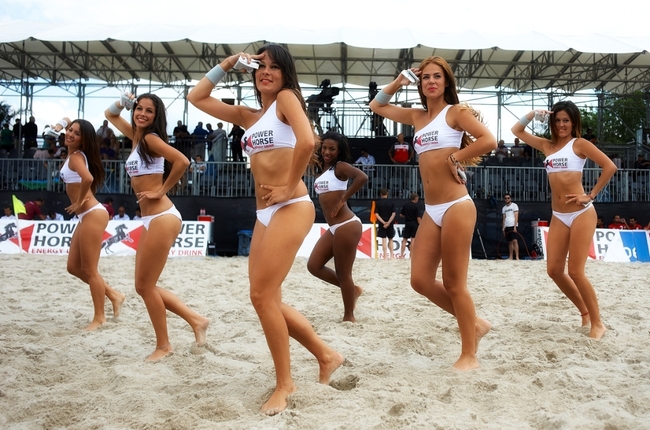 As is implied by the term itself, beach soccer is soccer or football as it is known to large parts of the world outside the US, is simply played on beaches instead of the regular soccer stadiums. Spring or summer is usually the season when it is played to the delight of spectators and players alike. Official recognition for this variant of “The Beautiful Game” was granted only in 1992. Before that it was practiced as an unorganised sport. Since came to be officially known as beach soccer it has manged to gain wide popularity amongst the masses. But before you decide to sprint along and kick the ball yourself, you may want to know a bit about the intricate details of the game. But if you want to enjoy watching the players soak in the summer sun and show off their dribbling skills you can always follow Euro Beach Soccer League 2015, which is going on as we speak. Scout the net for complete coverage of the football games today and you are sure to find details of the last match under the subcategory of beach soccer.
The Euro Beach Soccer League 2015 is currently underway in Moscow, Siofok and Parnu in Russia, Hungary and Estonia respectively. The event commenced on the 12th of June and will end on the 23rd of August. Sometimes known in its abbreviated form EBSL the competition occurs annually during summer. National teams fight it out for the grand prize, after a rigorous league format, through the means of a superfinal. This year 12 teams participated in two separate divisions in all of the stages and fought each other in the round-robin system. Each division has distinctive regulations and the format of the competition also is different. Division A features the top twelve teams as determined by the BSWW rankings for European countries, while Division B consisted of new entries to the competition and the other teams with lower ranks.
Stage 1

The stage one of this exciting format of soccer ended only very recently on 14th of June after starting on the 12th of the same month. It was played out in the russian capital of Moscow and featured only the Division A teams. It was divided into two groups with Group 1 consisting of Russia, France, Belarus, Poland( listed hierarchically in terms of group standing at the end of the stage. The second group consisted of Italy Portugal, Germany and Greece which is also listed previous order. Switzerland, Spain, Ukraine and Hungary are yet to play.
Stage 2

All eyes are now fixated for the Stage 2 of the competition which all set to take place in Siofok located in Hungary. It will be played out on the 7th and 8th of August and lovers of the game are waiting for bated breath to see what happens when the rest of the Division A teams as well as the Division B teams square off against each other.
At the End of Stage 2At the end of the Siofok stage the eight teams which are at the top of the cumulative results will qualify for the Superfinals, while the Promotional finals will a=have the eight best teams in Division B along with the team placed last in Division A.

Two of the fastest growing drones on the market today are the DJI Inspire 1 and the soon to be...