If you’re raring to see magic tricks, then you go visit a circus. If you go to a bar, you don’t expect to see these things. People are there to drink and smoke – that’s about it. But if you frequent a bar often enough, you’ll find out how quickly things become monotonous. Not only do you encounter the same group of people, but your cash can quickly run out. You’ve been paying for those beers often enough. If you don’t do anything about it, you may not have the money to pay for next week’s ration.

This is where bar tricks come in handy. Hey, if you don’t have enough money to pay for your vices, then might as well make fun of another person’s stupidity. You’re far from being a genius too, but what sets you apart from the rest is that you did your research beforehand. No one can escape your eye right now. You’re now the up and coming street magician. If you have an accomplice, you might just give Siegfried and Roy a run for their money. The school you learned from is shrouded in mystery and… beer goggles. Just don’t tell them about the latter.

Know these bar magic tricks by heart and stump people along the way. Make bets and win every one of them. Who knows? You might just win over a pretty lady’s attention. She’s been sitting at the bar, hoping to meet someone interesting. Along you come and you’ve impressed her with your money laundering skills. 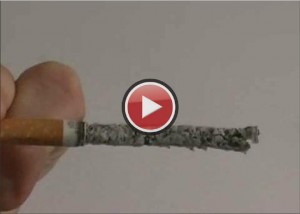 Have you over been one of those people who flinch when you see cigarette ash that’s too long and about to fall off? Make people cringe with this trick. Little do they know that the paperclip inside will hold the ash in place. Wave your hands about while talking to them or challenge one dude to see whose ash falls off first. You’ll win every single time. And while you’re trying to make people look like fools, make sure to use a stainless steel clip. Don’t get one that’s covered in plastic or you just might end up inhaling something toxic into your system. You’ll be the fool with the infected set of lungs at the end of the night.

If Marijuana Production Were Legal: Projected Tax Revenues, By State

Amsterdam – aaaaah! It’s every stoner’s mecca. These people would do just about anything to get marijuana legalized. Smoke some...