If you’ve been hooked on the boob tube, then you must’ve stumbled across a quaint comedy show called It’s Always Sunny in Philadelphia. You must’ve pegged it off as a generic comedy show filled with one-liners you’re familiar with. Then, you realize that you’ve been too quick to judge and that you’ve been operating under the wrong assumptions. You saw Charlie Kelley (aka Charlie Day) and realized that this man belongs to a league of his own. The man comes up with one-liners that leave you flabbergasted. His humor is unconventional, to say the least, and while he may spew out words that make you fall off your seat, you secretly wish that you had his mind. This glue-huffing, dumpster-diving idiot, whose preferred diet mainly consists of cat food, is a secret genius.

Now, you may disagree with us on this, but when you take a look at his nuggets of wisdom, you might just rethink your diet. Maybe it’s time to include cat food in your daily meals. Or maybe, just maybe, if you start jumping into dumpsters, you could be as witty as him. Hmmm…maybe it’s time to save up on a set of new trash bins that you could dive into: 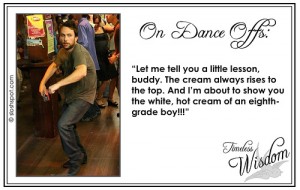 Now, ladies, don’t get your panties in a twist here. This has no sexual innuendos whatsoever. Maybe he thinks he’s the child who’s about to kick everyone’s ass. If you think about it, he has the IQ of a pre-pubescent boy. 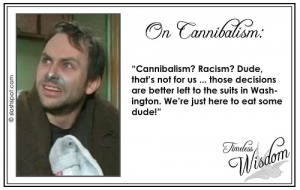 Leave the cleanup job to lawyers and politicians. That’s what we’re paying them for. Who cares about what we do, right? 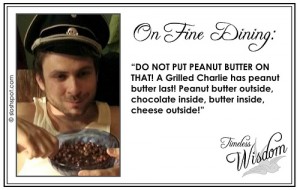 Screw those fine-dining establishments! Enjoy eating and don’t follow rules. Eat with your hands if you want to! Peanut butter is best enjoyed if you dip your finger in the jar! 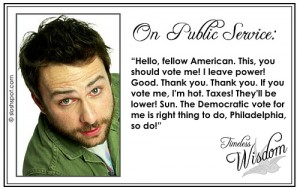 Forget about those stiffs in a suit. If you do vote for a genius disguised as an idiot, maybe America will once again be the super power it once was.