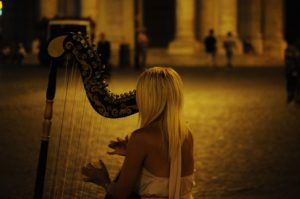 If you are a theater lover and wish to attend the best performances or follow the favorite troop we will help you to decide where to go and what performance to attend for getting an amazing experience.

If you are new in a country and want to spend time wisely or make your friends envy, try attending some fancy event: latest theatre performance of sports event. In any case, one will benefit greatly as get unforgettable experience and will have something to share with your friends and families.

What is better than a magical evening in a great company of friends or loved one spent in theater attending one of the classic performances? Here you can laugh, cry, sing along and nobody will pay attention as they all are same – came here with a hope of forgetting all trouble and relax.

If you worry about tickets – don’t, here any can find any ticket to any event, including most popular ones. The best seats are available at any time. Moreover, you will see the schedule of shows to plan the weekend ahead.

The forever classic story of The Wizard of Oz is familiar to everyone. Wicked (The Untold Story of the Witches of OZ) premiered on Broadway in October 2003 and since then was of huge popularity. Originally cast of this musical included such famous names as Kristin Chenoweth, Idina Menzel, Joel Grey etc. among award won by this team is Tony Awards, Drama Desk Awards and a Grammy Award. Music and lyrics were written by Stephen Schwartz.

Wicked was performed more than 5000 times and makes 10th longest running Broadway show. As you can see it is worth of your attention and can make a great gift for your special someone.

Another one well-known and extremely popular musical of our time is Chicago. This entertaining event is never gets old as has it all: astonishing dancing routines, hit songs, as well as a great story to tell about fame and fortune.
One of the best Broadway show has been honored with 6 Tony Awards, a Grammy, 2 Oliver Awards. The original production was opened in 1975 and revived later on Broadway in 1996. Without any doubts this musical is one of the longest-running shows in Broadway history that holds second place.

The most successful one with more than 10 000 performances made is the Phantom of the Opera. This master piece created by Andrew Lloyd Webber and Charles Hart opened in London in 1986 and few years later in 1988 on Broadway; today it is longest running show of Broadway history and the most financially successful entertainment event.

Among others also immensely popular events that worth attending we have the following events:
• Mamma Mia. Musical written by Catherine Johnson based on ABBA’s songs is also one of the long running financial successful shows;
• Cats composed by Andrew Lloyd Webber premiered on May 1981. Successfully performed around world and has been translated into more than 20 languages;
• Les Miserables based on Victor Hugo’s novel this musical is sensational. Premiere took place in Paris in 1980.

Any musical you will choose won’t leave you indifferent as it grants anyone with a chance to witness a miracle on stage.