The most famous comedians may say the craziest things, but that’s why people love them. There’s truth to what they say. Demetri Martin doesn’t just look quirky – he is quirky! In fact, when people say that you shouldn’t judge a book by its cover, you can simply tell them that they must have never heard of Demetri Martin.

He’s best known not just for his hair, which may be his way of paying homage to Ringo Starr during his Beatles days – he’s also known for his palindromes, odd song choices, and weird charts.  But hey, it’s his quirkiness that got people to love him. He belongs to the hall of comedic greats. More importantly, his nuggets of wisdom are worthy of an entire book. People should live by his beliefs, and maybe then you could actually sound as witty as Demetri did. 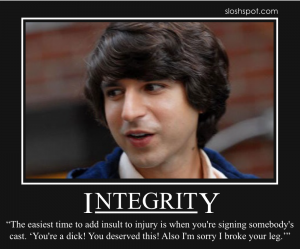 This is the ultimate form of revenge, but as cruel as it sounds, it’ll give you a sense of pride and accomplishment if you can just pull this off. 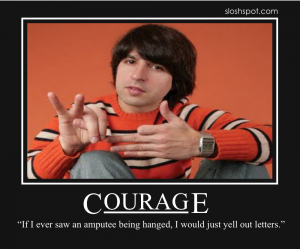 Hangman must’ve been his favorite game! But tell this to an amputee and he’ll throw his prosthetic leg at you. Just try dodging that heavy chunk of metal.