Sitcoms have a funny way of telling the story of our lives. It’s hard to pick which of these to crown the best. Each one mentioned is a gem in its own right. Giving you a good time over the weekend, you only look forward to binging on with nothing else on your mind.

It’s hard to tell who is a favorite character. Chandler Bing brings respite to any situation with his humor. Joey’s love for food and women without a sign of remorse is endearing in a nice way. His character is honest about everything and that’s what we love about him. Monika’s obsession with remarkable perfection and province to take care of nitty-gritty being uptight in total contrast to her sugar-glazed brother Ross is an interesting mix of characters. Rachel’s innocence juxtaposed to that of Phoebe’s spiritual awakening puts every episode in the right balance of entertainment.

“Well, that fridge broke, so I had to eat everything.”

“I say more dumb things before 9 am than most people say all day.”

Who wouldn’t want a good laugh that comes with a sharp perspective? Jerry Seinfeld has a sharp observation and a witty one that makes you think and chuckle at the same time. A comedian with an indifference to the chaos going around him and his friends’ lives only to find some fun tidbits for his comedy acts. A quirky mix of characters with Elaine, Kramer, George, and occasional antics of his nemesis Newman, Jerry’s observational comedy with sharp sarcasm towards his friends’ miseries and antics bring a fresh breath of air to the comic scene.

“The Thing about eating the black and white cookie, Elaine, is you want some black and some white in each bite. Nothing mixes better than vanilla and chocolate. And yet somehow racial harmony eludes us. If people would only look at the cookie all our problems would be solved.”

Dysfunctional family dramas are always a hit because there is no pretense in the plot. The happy-go-lucky husband Ray Barone and an obedient son is your ideal person who will never make you feel bad and lands in bad situations along with his brother Robert to contribute to comical situations. An adult child with a ranting and devoted wife Debra who does not get along with his mother. Family dynamics explored without feigning being an ideal family makes the show a total deviation from the classical family dramas and in a comical way.

Ray Barone: This coming from the guy who once threw his shoe at a swan.

Sheldon is pretty much the cult icon and the master of quirks and idiosyncrasies with an air of brilliance. His extreme logical analysis and lack of emotion in life situations add to the tragic comedy tidbits. Often condescending and a total fish out of water in social situations makes his character unique. His roommate Leonard has a human side and is comparatively less socially awkward than Sheldon.

Howard is inappropriately social, especially towards the ladies adds an element of amusement to the geeky lot. Unique friendship of Amy, Sheldon’s wife with Penny proves that oil and water can mix well together. Bernadette is sweet, sneaky, and vengeful, and married to Howard. Penny is the only non-scientific character who blends well with all, with an element of being normal amidst the geeky scientists.

Sheldon To Penny: Why are you crying?

Penny: Because am stupid?

Sheldon: (narcissistic, condescending analysis) There’s no reason to cry. One cries because one is sad. For example, I cry because others are stupid, and that makes me sad.

How I Met Your Mother 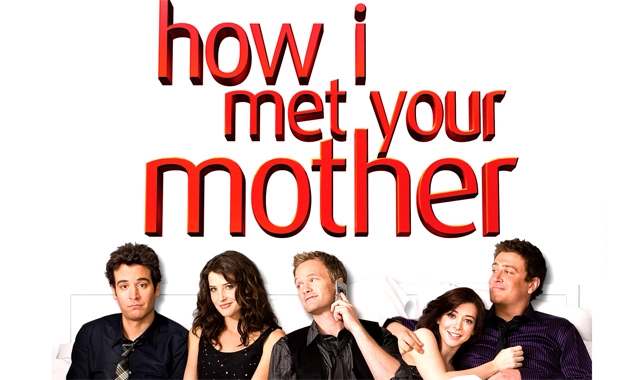 Love is never simple. A motley of incidents, flashbacks, narrating how Ted met the mother of his children. Funny, twisted, and complicated rom-com sitcom. Lives and stories of four people intertwined into caricatures of comical situations finding love, going about life, and waiting for moments to cherish. If you love puns, twisted humor, life lessons, feeling beautiful emotions, all seasons have takeaways for the viewers to brew in their lives.

A lot of life lessons for kids, teens, adults, and meaningful insights and tidbits that motivate you to find true love and humor all that happens in between. Recurring elements of picking up pieces from failed relationships and not losing faith in finding love occurs throughout all the seasons. If you want to loosen that bit of your self-righteous self because there are a lot of wrongs that give you chuckles. That goes with most of the comedy sitcoms. If you love humor, do not worry about being sinned! Now, do you have a confession to make and humor it?

How I Met Your Mother Quotes

“Your heart is both drunk and a kid.”

Robin: “Right, first being you.”

Barney: “No, actually, it’s this guy who lives in something called the mirror. Whats up?”

Two And A Half Men

Charlie’s appetite for women, dating, and everything he does to entertain himself are amusing enough for you to watch all the seasons. His equation with his nephew is endearing. Though the new format of the show was not appreciated by many, it’s the old charm that always works. Ashton Kutcher was not a bad choice for the new format, but not a match for what Charlie Sheen created on screen.

Dating, sex, parenting issues, relationships, carefree lifestyle, dysfunctional family dynamics, you get it all to its wit’s end and make you laugh all about it. Alan and Charlie’s diametrical personalities add to the quirks and wit in every episode. Jade’s wisecracks keep the show’s essence upbeat with a nonchalant curiosity.

Two and A Half Men Quotes

Alan to Jake: “Remember, you are being punished. So no TV, computer, Game boy. Charlie, I need you to be my eyes and ears.

Charlie: “OK, but you have to be my liver and prostate.”