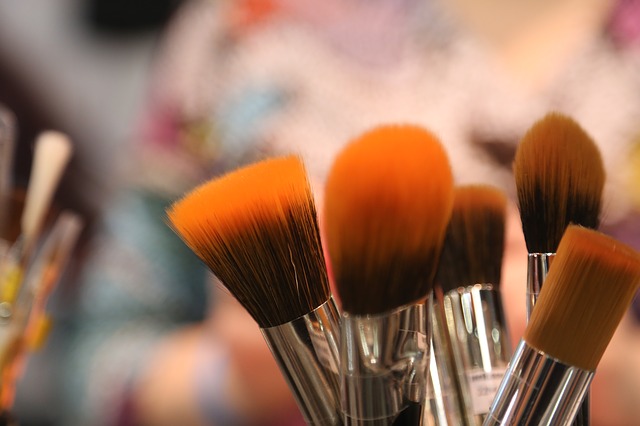 We run the world, we have the power, the fire and we just wanna have fun! But we aren’t perfect (we kinda are). We have flaws too (really minor one’s but anyway). Guys aren’t the only creatures that have disgusting and disturbing habits. Girls do too! Not that we’ll ever admit to it, but yeah we do practice a few disgusting activities daily. But we can, can’t we? If guys can proudly admit to farting loudly and many other gross things then girls can too! Okay, let’s take one step at a time if not in public, it’s about time we started accepting it ourselves. So here’s 10 gross things every girl does (but will never admit it!)

Admit it a lot of us haven’t washed that brush since the day we first bought it. The excuse? A friend told me hers got completely ruined when she did. A gross habit which can harm the skin, but we’re risk takers so it’s alright.

Everyone hates pimples. Those annoying spots ruin your look completely. But popping them gives an oddly satisfying feeling, you’ve got to admit. Even though it simply worsens your look, those 2 minutes of profusely trying to remove them are worth it (maybe not).

We are extremely conscious about the way we smell almost as much as we are about how we look. Body odour is an instant turn off and we know it. So taking a quick sniff when no one’s watching is totally alright, isn’t it?

As weird as this habit is, it is a lot of fun. Toying with the hair on the chin or nipple before removing it is a means of passing time and finding joy or entertainment in the lamest way possible.

All girls do this. It is fascinating you’ve got to admit. Gross for many, but even they can’t deny doing it. It’s a natural process and your own blood so you can examine it as much as you want!

Eww gross. But true. Farting isn’t something that just guys do, girls do it too. But we don’t admit it proudly and loudly. Our main concern is the smell. So many of us tend to smell our farts, only to realize they don’t smell as bad when we’re the ones creating them.

Again a very common sneaky practice among girls. Well it’s our bra and mouth so it’s hygienic to us. Not like we’re feeding it to someone else. So it really isn’t their business. Our bras are multipurpose they protect our food from falling to the ground and are excellent for storing stuff as well!

Sometimes you’ve got to do it! A period doesn’t give us prior notice and we happen to forget dates at times (how much can a poor girl remember?). And we aren’t carrying pads around all the time so we use our extreme improvising skills in case of this emergency. Not very reliable but toilet paper is easily available and holds it off till the time a pad can be arranged. Creative right?

No not that! We’re talking about the disgusting habit from our childhood that we carry around for our lives, the only difference being as adults we do it when no one’s watching. And not just picking out a booger after profuse digging but wiping it sneakily in all sorts of inappropriate places!

Girls I’m sure you could relate to most of these if not all. As gross as these habits are it gives us some consolation knowing that we aren’t the only ones doing it. We could try changing them but who wants to take so much of an effort? We’re amazing the way we are, right Bruno?