Who would have thought that you could get relationship advice from a baseball player? And an obnoxious one at that! Kenny Powers may be rude, insufferable, and all things mean but you have to give the guy credit at times. He gives the most unconventional love advice. He may have had his share of failed relationships, but the women just keep coming. His love life is for the books. His exes probably hate his guts, but still, he gets what he needs from them.

Kenny Powers dominated the World Series in 2002. He struck gold and with his success came an inflated ego. He spoke his mind without remorse. Okay, so one might assume that he’s this real dude. He is played by American Actor Danny McBride, but he’s bits and pieces of real life baseball pitchers. In a way, you can say that he actually exists. He has the mullet of Mitch Williams, the abrasiveness of John Rocker, the talent of Robb Nen, and cocaine addiction of Steve Howe. Kenny is the worst and the best of the baseball greats.

He was discovered at the tender age of 19, and just like his fastball, his career was just as short-lived and as quick. Nonetheless, fans loved him so much that they even created Kenny’s own Twitter page. In this, you’ll find his nuggets of wisdom. He may f*ck up the lives of people closest to him, but there’s always an element of truth to what he says. Take his advice to heart or not – it’s all up to you. If you do take heed, amp up your delivery and hope that you don’t get slapped by women whose hearts you break. 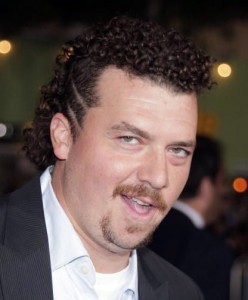 “You wanna know about relationships? I know all there is to know. Just ask my second wife, Tina. Yeah, she was a stripper. And if Montel Williams wants to talk shit, then he can go f*ck himself, cause those charges were dropped.”

Obviously, this dude has had several marriages under his belt, but it’s refreshing to see a man still seeking out a former flame. More surprisingly, it’s nice to know that man like Kenny still values a woman’s opinion. His ex may be no class act, but hey, she knows him best. So if you’ve had your heart trampled on by a woman, stop mourning about it. Move on and don’t let things get ugly. And if someone attempts to throw you off your tracks, tell them to basically make like a banana and split.

What Are Balls Made Of?

Sports is to men what shopping is to women. They love it, they need it, they can’t live without it....