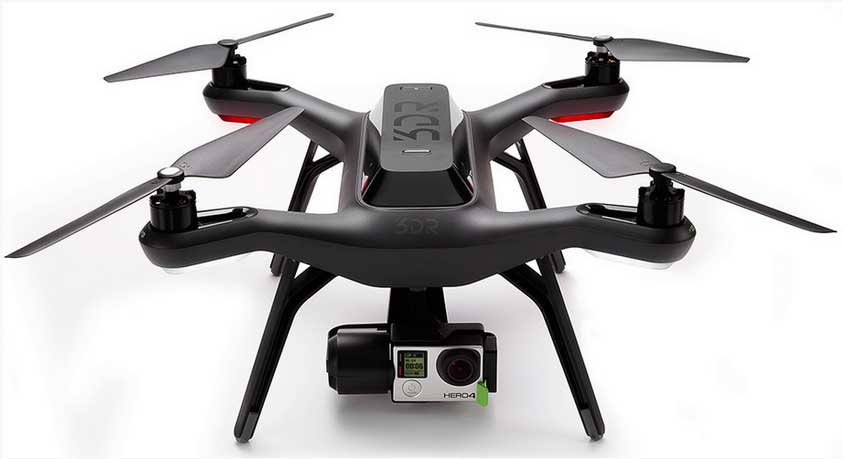 Two of the fastest growing drones on the market today are the DJI Inspire 1 and the soon to be release 3DR Solo. Choosing between either of these drones can be harder than you think. Here are a few basic components and important things to remember for both drone models:

The DJI Inspire 1 is considered to be a professional drone. Featuring a 4K HD video camera that can shoot 12 megapixel photos, all built into the drone. So there is no need to buy a GoPro or a gimbal. The DJI Inspire 1 is considered to be on of the strongest drones on the market. This drone is built with strong carbon fiber and the design will change the way drones are being made. The only downfall to the DJI Inspire is that it is a drone built for professionals. DroneFly.com has the drone priced at $2,899USD, which includes the camera, gimbal and two remotes. This drone will take sometime to learn how to fly, especially because of the two remote system. One remote will control the camera the other the drone. So you might need some friends if you want to get the most out of this drone.

The 3DR Solo has two 1GHz processors to accommodate it Linux hardware on board. The Linux software means this drone might have some interesting updates in the future. The Solo has a lot of preprogramed features like HD video streaming capability, GPS path flights, and full GoPro capabilities. DroneFly.com currently has the 3DR Solo priced at $999.95; Gimbal and camera options are sold separately. 3DR recommends uses a GoPro Hero 4, which generates extremely clear video images. Of course they also recommend using a camera gimbal to help prevent shakier footage. The 3DR Solo has a flight range of about a half a mile, compared to the DJI Inspire mile range.

Overall, when considering the most basic details of each model, it would appear the 3DR Solo is the better bang for your buck if you are just beginning drone enthusiast. The DJI Inspire 1 has a few features that the more advance drone user would enjoy and would be willing to shell out the extra money. Dronefly.com has both of the drones for sale if you are interested.

You can also check out this professional drone.

Most casual football viewers wouldn't realize it, but Chelsea have developed what might be England's best youth academy. The Chelsea...