Remember the last time you blinked that $50 MTT at your local casino? Felt pretty good, didn’t it – adding a few zeros to your lifetime earnings?

Chances are, though, it probably didn’t come close to some of these poker pros’ big career wins. Let’s take a look at some of the biggest poker cashes ever committed to felt.

1 – Antonio Esfandiari Hits the Big One

Back in 2012, billionaire Cirque du Soleil founder and poker nut, Guy Laliberte, dreamed up a neat “little” tournament to add to the World Series of Poker schedule. The Big One For One Drop would carry a buy-in of $1 million, with 10 percent of buy-ins going to help water charities around the world.

48 brave pros – and some of its more-money-than-sense rich businessmen – anted up their cool millions to fight it out. American pro, Antonio Esfandiari came out on top for a staggering first prize of $18 million.

To boot, Antonio swiftly took the all-time money-earners top spot (before being usurped by Daniel Negreanu). The rumour was Esfandiari only kept around 4-5 percent of his eventual prize money – but that still marked a massive return after make-up.

With many people around the world watching poker tournaments like WSOP, fans have decided to get involved in the game, especially online. If you think you have a chance of beating the tables and want to join them check out LegalPoker.com today. 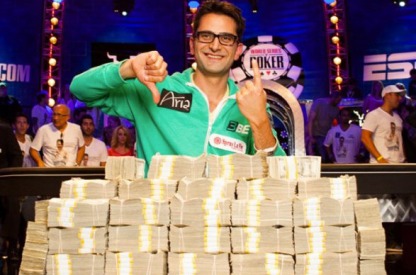 2 – Jamie Gold Strikes Gold (for one day, at least)

Gold was infamous for his incessant table talk and bluffs – and running like God on steroids. Legal disputes followed after a backer surfaced, and Gold was forced to give up half his haul.

He never really matched his momentous win, and like a lot of amateurs who’ve won the WSOP, skulked back into the shadows scoring minor cashes in the backwaters of the international poker circuit. A WSOP final table cash for $120,000 in 2015 was Gold’s best performance since winning the big one in 2006. 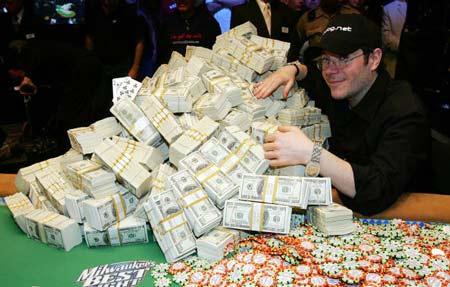 Peter Eastgate was, in 2008, the youngest ever player to win a WSOP Main Event on American soil (Annette Obrestad had taken down the WSOPE in London a year earlier, aged 19).

By his own admission, Peter was never one of the brightest poker minds. Rather, he was a solid grinder and was propelled into the limelight with that one big win. Underwhelming performances on High Stakes Poker followed, but he ultimately decamped to London from his native Denmark to continue his career.

A jet-setting poker lifestyle was never for Peter, and he effectively quit the game for several years, taking up an unsuccessful sideline in sports betting. The WSOP in Georgia in 2016 opened up a return to the live felt for the young Dane – could it mark the start of something bigger?

In the golden days of online poker eager spectators would flock to their laptops to watch the likes of Phil Ivey, Tom Dwan, and Viktor “Isildur1” Blom battle it out on the nosebleed tables for multi-million dollar pots.

Those games seem a very long time ago now. Although the biggest prizes online can never quite match those at the WPT or WSOP (even more so now that the Americans are all but gone from most big sites) some players continue to rack up amazing wins.

Take British pro, Chris “moorman1” Moorman, who has called the online MTT world his own. He has racked up over 20 Triple Crowns (the online equivalent of a WPT, EPT and WSOP bracelet) and amassed tournament winnings worth over $10 million. OK, we’re cheating a little but we don’t think it’s out of order to count Moorman’s lifetime earnings as one big prize. 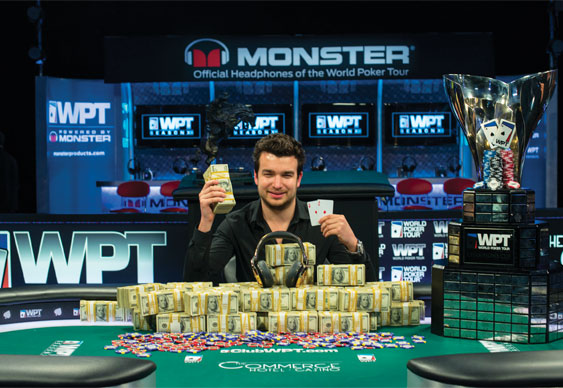 Since the boom years of poker – i.e. before UIGEA and the FBI got their hands on it – WSOP numbers were soaring. There was no need for the organizers to guarantee a Main Event prizepool, so big were the attendances.

But after several years of numbers hovering round the 6,500-mark, the WSOP planners decided to make things interesting. In 2014, for the first time, the WSOP guaranteed a first prize of $10 million for the Main Event champ. 6,683 runners took part, with Swedish pro Martin Jacobson adding an even seven zeros to his bank balance.

A year later, normal service was resumed, and 6,420 runners turned out for the Main Event. Joe McKeehen stormed to victory and a $7,683,346 payday – missing out on over $2 million of cash if the 10-mill guarantee had continued.

How to Get Out Of Debt Easily

Getting out of debt can be one of the toughest things that you will ever have to do. While it...