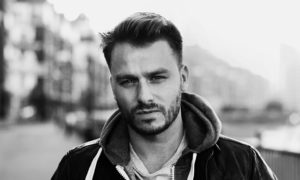 Unless you’ve been living under a rock for the last few years, you’ve probably heard the name Dapper Laughs – but do you know who the man behind the stage name is, and how he got to his elevated position?

Born Daniel O’Reilly, Dapper Laughs was a character created for Youtube and later, TV. At the forefront of a boom in online content and in particular, short videos such as Vines, the character had a stratospheric rise to fame, gaining millions of followers on platforms including Snapchat, Twitter, Instagram and Facebook as well as Vine. With entertainment agencies begging to represent the cheeky chappy, it seemed like his rise was unstoppable.

It hasn’t all been plain sailing, however – his rise to prominence coincided with that of websites such as The Lad Bible and similar publications, leading to the suggestion that Dapper Laughs has been instrumental in the propagation of so-called lad culture. Since this criticism surfaced, O’Reilly has promised to tone down some of the more risque elements of his comedy. 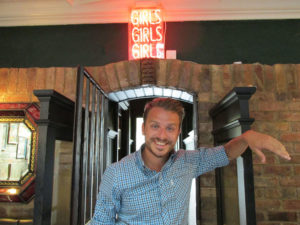 He said in an interview with the Radio Times: “Maybe the character had gone too far, and I [needed] to be more responsible with the message I’m putting out to the male audience.

“The problem with a lot of them is: if you watch Ali G, you know that’s a character. But [in a notorious 2014 Vine] I’m holding the phone and I go up to a girl and say, ‘Alright sweetheart, can I smell your fanny?’ And she says no, and I say, ‘Oh, it must be your f***ing feet then.’ That girl is an actress. But if you watch that video, you would never think that.

“I used to say to myself, it’s a sketch. If people get the hump, it just means I’m doing my job. But looking back, if young lads are watching it they might then think it’s acceptable to go and do that. [It’s the same] with any of the stuff that could be deemed sexual harassment. I’ve learnt a lot more about that from feminist groups.”

Wily TV presenters had soon booked up O’Reilly; with a fully formed audience already on his social media channels he made the ideal presenter, and was soon presenting a show called On The Pull for ITV2, which was a light hearted take on love and relationships.

Amongst his key demographic of young men Dapper Laughs is a huge influencer, and with plans in the pipelines for a sitcom and feature film, he’s not going anywhere in a hurry. If you’d like to book a celebrity like Dapper Laughs to perform at your next event and make sure you’re down with the kids, contact MN2S corporate entertainment agency to find out more.