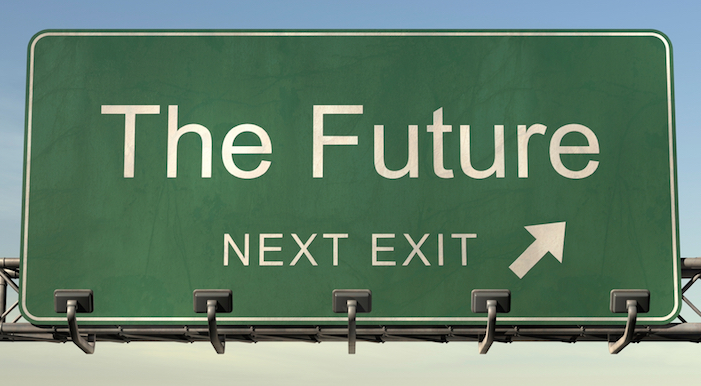 I love to read. One of my favorite genres is science fiction, and not the type that sends humans on intergalactic journeys to fight evil aliens in modern spaceships, but the one that imagines how our society, industry, and generally our life, transforms in the coming decades or later. One of my most recent reads was William Gibson’s The Peripheral, a novel that takes its readers on a journey to the near and far future, a heavily connected world filled with drones, tricky phones, lots of 3D printing and hardly any social media at all. And it had me thinking: what will become of today’s social media in the coming years?

The world described in Gibson’s novel doesn’t have too much social interaction online. The nearer future has Badger, similar to today’s Facebook, and “darknet boards”, mostly just for those “into that”. This prediction, coming from the author who predicted virtual reality and cyber implants in the mid-1980s, is something to think about. The farther future described in the book has nothing similar – social interaction has returned to the streets by that time, with people either using their own bodies, or anthropomorphic, but completely custom-built “peripherals” to meet. Is this the future toward which we are going?

One of the finest list of predictions about the future of social media was published by CNBC.com last October. The article, consisting of 11 predictions of marketing and social media specialists about how the “scene” will look in 2039, predict things as wild as the promotions of http://www.europalace.com – but which are all plausible directions that the development of social media can take. Cory Bergman, BreakingNews Co-Founder predicts, for example, that breaking news will be covered by a multitude of eyewitnesses through live video, offering the viewers a truly immersive experience in real time. Gregory Galant, Creator of the Shorty Awards kind of agrees with William Gibson about the future of social media, considering that it will become completely outdated in the next 25 years. Jeremy Goldman, Author of “Going Social,” thinks that keyboards will become irrelevant by 2039, with touch, voice and holographic interaction being the new standard. Melody Kramer, NPR Digital Strategist and Editor at NPR expects social media to become part of our everyday lives in ways we didn’t think possible: part of the fabric of our clothes, of the glasses we wear, of the shoes we put on and a part of our very selves (see Gibson’s prediction about peripherals?). Jason Stein, Laundry Service Founder & President, considers that our future social interactions will shift from the current screens to virtual reality, making it easier and more immersive to actually meet online, and keep in touch with our loved ones – not to mention attending events in the VR.

William Gibson is considered by many a visionary. His novels changed the way a whole generation thinks about the internet, and many of his predictions have come true to this day. Who knows – maybe the ones he made about social media will do the same…