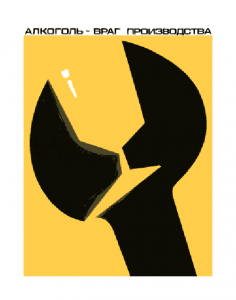 The multi-purposes of a wrench: Loosen a bolt. Adjust a screw. Open a beer. In 1925, the Russians finally came to their senses and removed the alcohol ban, for a while at least. In fairness to the Russian Empire, during the time of the prohibition, more babies were made, and less crimes happened. But if you ask me, they could have prevented the Cold War all together. The drunker people were, the less likely they could fight. Zdorovie!