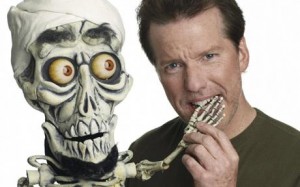 Let’s face it, ventriloquists love what they do precisely because they are really enamored with their dolls. They would rather spend time playing with them than with you. Why else would they spend every waking moment grooming, chatting and taking care of their wooden best friends if they weren’t getting any satisfaction from them in the end? If I wanted to be completely ignored during sex, then sleeping with a ventriloquist would probably be the best way to do just that.

So the next time you encounter a ventriloquist performing somewhere, maybe you want to help the poor fellow out by being his wingman. Even if he doesn’t get the chance to actually bring the girl home, at least he’ll be one step further in his journey to getting laid. Well, either that or he just might manage to give the girl Automatonophobia.