The concept of the “Rite of Passage” is seen in all cultures. It’s a universal mark indicative of transitioning from adolescence to adulthood in order to be accepted in a social group. From Aborigines in Australia to New York, rite of passage is used to separate the men from the boys. Today we dig deep into some of the most horrific rites of passage in modern times and compare them to a range of rites in the US. None of them seem to rival “Hunger Games”, but they definitely are unique.
Prev5 of 9Next 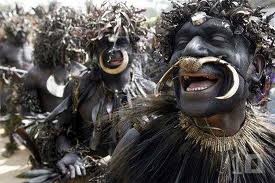 The Sambia Tribe’s Rite of Passage is considered as one of the cruelest of all. It involves mutilation, lots of blood and being forced to “copulate” with the tribe’s oldest warriors. All done in six simple steps, quick and painless, right? No, the six stages are spread out between 10 to 15 years. The Sambia Tribe’s six stage Rite of Passage includes:

After getting her to climax, the deed is done and it’s time to plan your exit strategy. This is definitely...