Put testosterone driven men, plenty of alcohol, scantily clad women and an aura of hyped up energy into one room and you have a night set up for an epic brawl. When it’s time to start that bar fight, who better to have on your side than a lean, mean, fighting machine from the ring of Mixed Martial Arts? Let’s face it, this has UFC written all over it. Not to undermine any of the other pro athletes, I wouldn’t mind having some huge linebackers, blood-hungry hockey jocks or gorilla-like ballers on my side either. So if you had a choice, who would be your top pick? Here is a list of the Athletic world’s biggest, baddest, and meanest pro athletes on the planet for you to choose from. 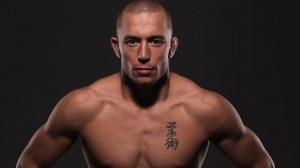 Otherwise known worldwide as GSP, this Canadian native not only defended his welterweight championship of the UFC, he’s won a staggering 25 fights in his MMA career. His fighting expertise is as diverse as the planet itself holding black belts in Karate and Brazilian Jiu-Jitsu, just to name a few. I know that I wouldn’t want to be on the receiving end of one of his powerful flying kicks, but he can go ahead and beat the shit out of whoever’s fighting me though.

Ask any baseball, basketball, or hockey fan – they follow their favorite teams as if it were their religion. Their...