Are you planning to have sex with a foxy lady you barely spoke two words to? Do you have no plans to call her back after doing the deed? We say congrats! Let’s just make sure you do it the gentleman’s way.

Casual sex with attractive women can be pretty exciting… or extremely awkward if you’re a virgin or are paralyzed with anxiety (hey, it happens). Some guys are skilled at picking up women. Others are just a magnet of rejection because they are a total douche or they utter one lame pick up line after another. In any case, no strings attached encounters are fun and exciting but it’s important to understand the risks and set boundaries too. We have put together the Gentleman’s Guide to a One Night Stand to help you score tonight: 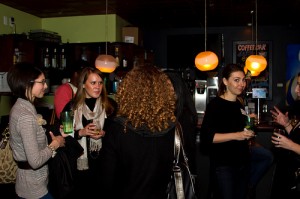 It’s only natural to take a chance on the prettiest woman you see in the bar, the gym, library, or wherever you pick up chicks. But, don’t go for it – choose the second prettiest girl instead. Why? Alpha females are attracted to alpha males. When you strike a conversation with the second prettiest woman in the bar, you will attract more attention to yourself. This includes the hottest woman in the room because she’ll start wondering why you didn’t hit on her when she’s obviously so much hotter. She will start paying more attention to you and from there you can move on to the alpha female and strike a conversation.

Of course, make sure the woman you are hitting on is available. Married women or a woman in a serious relationship is a no-no. Casual sex is a controversial topic as it is and can end pretty badly for chaps not as sophisticated as us. Stay classy and zero in on single women.