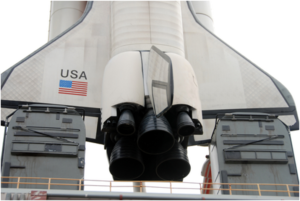 “Back in my day” is something everyone has heard from their grandparents, usually followed by a speech about the unbelievable weather conditions in which they had to walk to school, because “back in my day” is a right of passage for older adults dealing with the audacity of youth. This phrase is not something that should normally escape the lips of a 30-something. But looking around at the technology that kids are growing up with these days is enough to make anyone equal parts jealous and nostalgic for the good old days. Check out these three technologies that will make you feel so old you’ll find yourself waving your cane and shooing some youngsters off your lawn just for fun.

You don’t have to look further than the thing that is constantly in your hand and distracting you from all the stuff you actually need to get done for an example of just how far technology has come. If someone had told you that everyone would be carrying around a super computer in their pocket in 2017, you’d have been like “yeah right, and cars will be driving themselves.” In your day, phones were just that, a telephone. They were most likely nailed to a wall in your kitchen where you had to answer them without the aid of caller-ID. It was almost a game of chance — would it be a telemarketer, would you get stuck talking to your Great Aunt Jeannie, would your dad answer and embarrass you in front of your crush? Anything could happen. There was no such thing as texting. The closest thing you had was passing notes in class that could possibly be intercepted by the teacher. If you wanted to share a picture with friends, you literally had to take a picture, get it developed, make copies, bring it to school and physically show it to your friends.
The technology that kids have at their fingertips with their smartphones is nothing short of amazing, especially when you look at where we were just a few short decades ago. Phone calls to anywhere and from anywhere are barely the tip of the iceberg with these devices. With Apple’s iPhone 7, you have movie quality video recording, a personal assistant in Siri and stereo speakers. The Samsung Galaxy S8 is water resistant and has facial recognition. Your phone recognizes your face. If that’s not the future, then what is?

Speaking of cars that can drive themselves, they are no longer the stuff of the Jetsons (of course, mention the Jetsons to someone in Gen Z and you’ll get a blank stare). Kids these days don’t have to worry about learning to pop the clutch while their car is rolling down a hill to get it to start. In fact, kids these days won’t even have to learn to drive a car because their cars will do it for them. Of course, self-driving cars are not the norm yet, but the technology is available and just waiting to be adopted. Most manufacturers plan to launch their cars within the next several years, and the US Secretary of Transportation has predicted worldwide use by 2025.

Back in your day, when a rocket launched something or someone into space, it burned up in the atmosphere on the way back down. And because rockets cost millions and millions of dollars, the cost made frequent space exploration impossible. As of 2015 two companies, SpaceX and Blue Origin, have developed reusable rockets that will return to their launch pads after launch, opening up infinite possibilities for space travel. Back in your day, going to space meant becoming an astronaut, but kids these days are growing up with possibility of a space vacation. Welcome to the future.