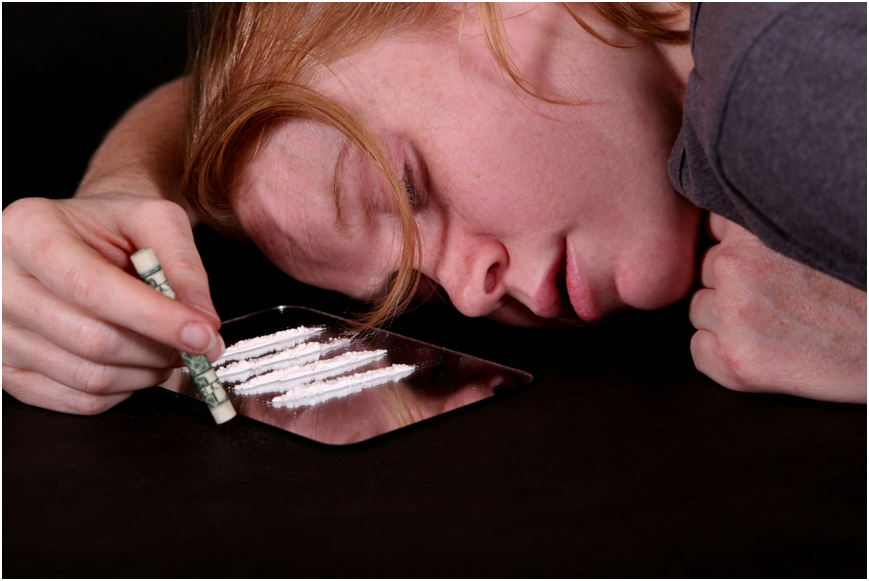 All drug users live for the ‘high’ feelings they get after using a drug, but the effect is even higher among cocaine abusers. The feeling of intoxication is something that makes the drug highly addictive, and the repetitive search for this feeling is partly the reason cocaine overdoses are so common.

In fact, many people consume cocaine simply to get intoxicated. This feeling is true for everyone who abuses the drug, regardless of whether they are occasional cocaine users, cocaine addicts, those who binge use it, or people within the early stages of a cocaine withdrawal and addiction. However, an even more common use is individuals that prefer social cocaine usage.

What are some of the changes occurring in the body? 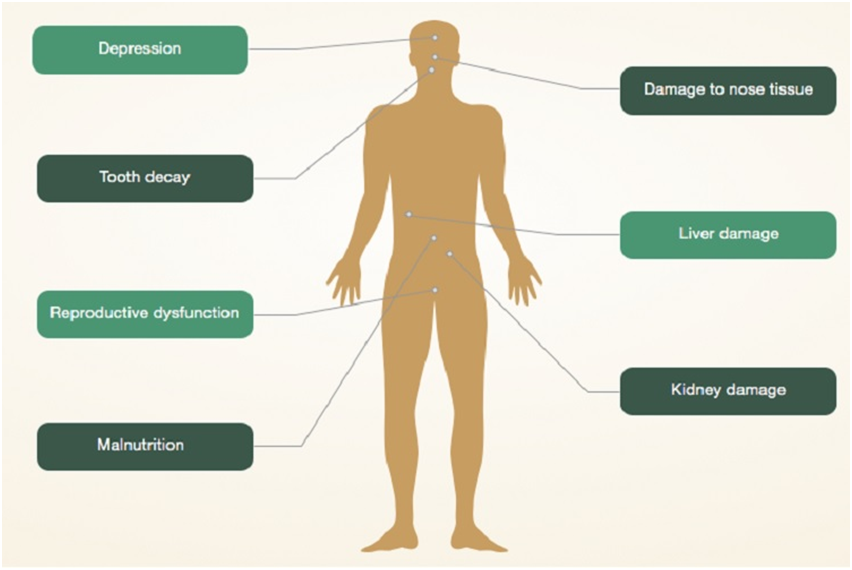 The changes are not just physical. Similar to all drugs, psychological alterations result from the drug, involving both emotional and mental changes.

The effects of cocaine on the brain and nervous system will be the cause of some changes, while other changes are due to the personalized feelings the user brings. This explains a common observation – while the experiences of different users are the same, the effects the cocaine has on individuals remains different.

While you may convince yourself you do not have a cocaine addiction, you never know the extent of your involvement until you realize you cannot function without it. At least, drug and cocaine use never starts off in that way, but then, what drug does?

Effects on the brain

Cocaine is a stimulant drug and a narcotic, and therefore will act very strongly on the central nervous system. The drug enhances the levels of a hormone called dopamine (this is among the neurotransmitters the brain uses to send signals), and this hormone is responsible for regulating body movements and pleasurable feelings.

When your body has cocaine, the drug leads to very serious disruptions of the neurons within the nervous system, as well as their activity. It accomplishes this by blocking the transmission of dopamine to the cell that released it, and thus causes the buildup of dopamine within the synapses, or the spaces between nerve cells.

The buildup leads to dopamine becoming a destructive signal, and interfering with signals within the brain – malfunctioning in the brain internal communication with transmitters. That alone is the reason cocaine users feel a sense of euphoria after getting ‘high’.

The problem with this is the short-lived effects on the body, causing the user to continually seek more doses of the drug, and leading to health problems and increasing chances of overdoses. This is also affected by your body tolerance levels to the drug.

During using the drug 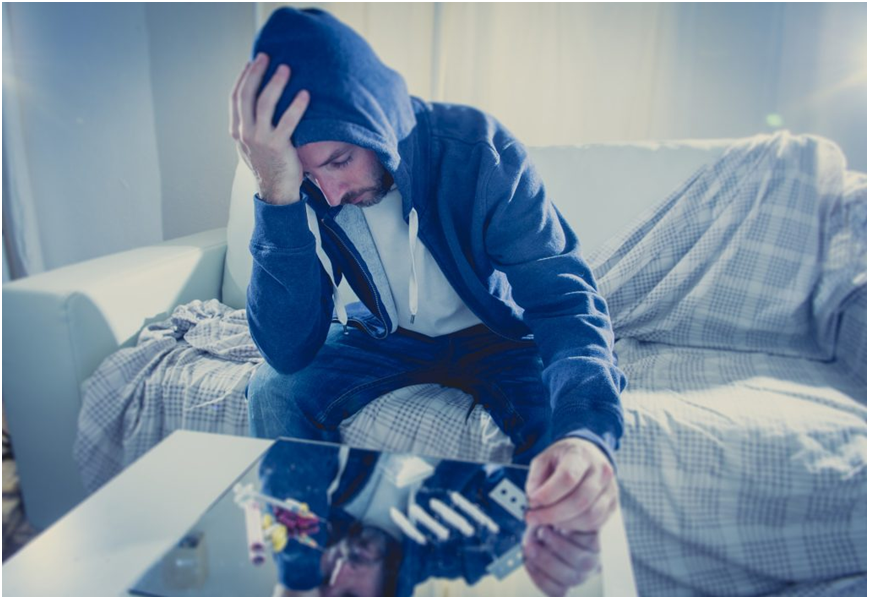 When you are using the drug, you tend to hear auditory hallucinations, and have a sense of hyper vigilance and hyper tension. For instance,it is not uncommon to hear someone saying they hear sirens, people talking to them, cars stopping or hooting outside their room, or something else that is not in existence.

The user may also experience other hallucinations such as seeing insects, and this makes them extremely paranoid – they may even refuse to do simple tasks like answering the door when someone is knocking.

This occurs one to three hours after your previous usage. In this stage, it is common to see an individual attempting to find something they own and sell it off to get money for more cocaine.

In fact, within the withdrawal period, people tend to do illegal activities such as robbing public places with big crowds to get money. This is because cocaine withdrawal tends to be even more intense than for other drugs, and the user loses the ability to think logically and critically. 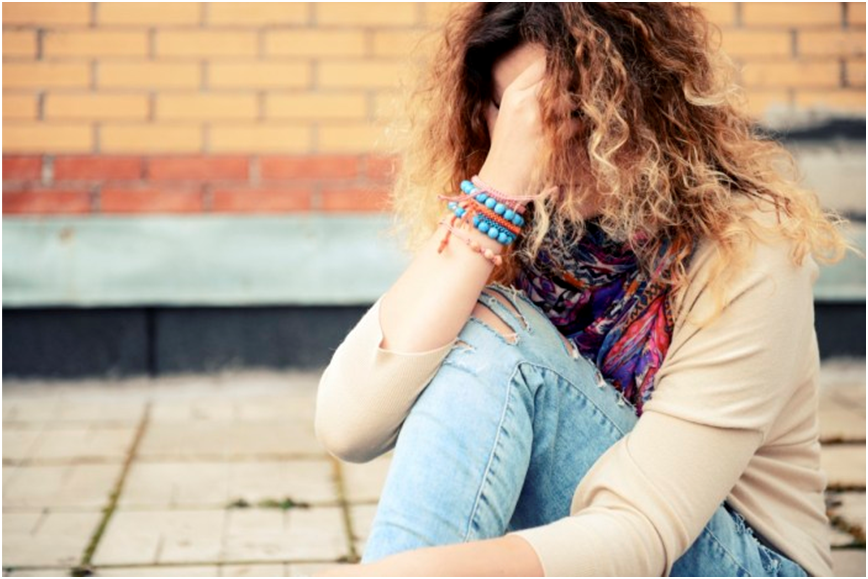 This occurs three hours to a whole day after the previous use. In this stage, the user is very low mentally, showing signs of depression or suicidal thoughts. This could be due to the low to non-existent levels of the hormone serotonin (a hormone that the brain releases to activate sleep), resulting in the user lacking the need to sleep (insomnia).

In this stage, the user will also wonder why they use their money impulsively to buy the drug, and they may decide never to repeat the mistake. In fact, the user has higher chances of committing suicide more in this stage.

Happens from the first day to fifth day after previous use. This is the exact opposite of the crash stage, as everything feels very nice. Interestingly enough, the user does not have a high urge to use the drug, and any cravings are manageable more easily.

For the user, they are convinced that they can handle the addiction at this stage, so they gain confidence. This is unfortunately a delusive manner of thinking, as the levels of serotonin and dopamine are still very low or non-existent.

The person will tend to let their guard down and convince themselves that there is no problem. If the person is in rehab, it is easy for them to decide they do not need the services of cocaine detox.

Return of the cravings

The longest stage, which can last up to two years. In this phase, the normal events of everyday life incite an over-response by the individual. For instance, they can feel intense levels of happiness during a good and favourable stage of life, but crash down to suicidal thoughts or depression when things take a negative turn, no matter how small it may be.

The reason is biochemical responses that the body is undergoing. It is attempting to replace all the damaged areas of the brain, leading to imbalance in chemical levels and emotional responses.

Cocaine withdrawal and addiction has several stages that accompany it, and these changes correspond with activities happening within the CNS (Central Nervous System). The signs that one sees are merely secondary symptoms of the addiction, and one should address them as soon as possible.