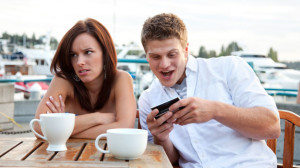 No one’s perfect. But some of us are a litter more imperfect than others. A lot of people have nasty habits, and they don’t even know that they have them. Sure, maybe they’re not doing them intentionally, but that doesn’t really make it any better. It’s completely possible that you’re one of these people. If you haven’t realized what it is about you that bugs people so much, now might be a good time to ask around and work on fixing it.

It’s a common habit among snorers to deny that they do, in fact, snore and do so very loudly. It’s probably a good idea to ask your partner or roommate to be honest with you and tell you if you sound like a water-buffalo when you sleep so you can work on getting rid of the habit.

Smokers usually get a bad rep about this sort of thing but sometimes, you do find the horrifyingly self-unaware dude right outside your place of work who just smokes away even as you’re walking right past him. If that dude is you, you should cease doing that immediately. Try not to smoke in public spaces, and even when you do, exhale with your head lowered so the people near you don’t get a blast of second hand cigarette smoke right in their face. After all, no one’s ever benefited from passive smoking.

Some people might find this particular trait endearing, but most people don’t enjoy having their personal space bubbles invaded. Always try to keep a respectful distance between you and the people around you.

You probably know how annoying this is because everyone’s experienced this in their life at least once. The person who tries to keep up a lively conversation with their friend who’s sitting an aisle away from them on a plane, or someone who’s chatting away at the top of their lungs on their phone – we’ve all come across them and we’ve all felt the itch to yell at them to shut up. Don’t be that guy who makes everyone want to yell at them to keep it down.

It’s utterly disrespectful and extremely irritating to be with someone who is constantly on their phone when they’re right beside you. Lock your phone for half an hour; it won’t hurt you (or anyone else, for that matter).

It’s a disgusting habit and it makes everyone around you uncomfortable. You might not even know you’re doing it, but that doesn’t really make it any less repulsive.

A lot of scientific researches lately have done a good job of encouraging the habit of swearing and while we’re not at all opposed to it, it’s probably a good idea to hold back just a smidge when you’re in public. Try not to show off your potty mouth where anyone – like an impressionable kid – can hear you and get the wrong idea.