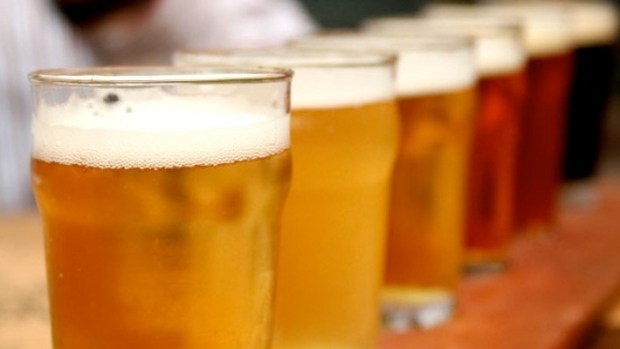 Everyone who has ever chugged a beer must have read the “Consumption of Alcohol is injurious to Health” warning label. The question is how many would have ever dared to think after reading the label that beer could actually be beneficial for one’s health? It’s no secret that consumption of Alcohol in moderate quantities is actually healthy, more so in the case of beer than in the case of other alcoholic beverages. Today we are giving you some more reasons to open that crate of beer lying in your fridge.

Numerous studies have shown that beer is, in fact, good for your heart. In addition to increasing the good cholesterol inside your body, beer also prevents the build-up of a heart disease causing compound called homocysteine. Beer also has a thinning effect on your blood which prevents your arteries from blockage by preventing the formation of clots in your blood.

A compound known as xanthohumol used in brewing beers is said to have properties which play a major role in chemoprevention of cancer. Also, extensive research in the field of Bio-Medicine has proven that beer can act as a good source of polyphenols which have been proven effective in fighting cancer, similar to the case of Red Wine.

According to an article published in the journal Scientific Reports, beer contains a compound known as Hordenine which acts as a stimulant in making your brain feel happier. The positive aspects of moderate of moderate social drinking in making you happier have always been a part of a discussion, the reason for the same could be the one discussed above.

Some studies conducted in Finland have found that with each bottle of beer that you consume, your risk of developing a kidney stone can reduce by up to an astonishing 40 percent. You can now say goodbye to kidney stones while chugging on your favorite beer.

The beer has been found to have qualities that enable it to increase the potency of Vitamin E in your body. Known for its anti-oxidant qualities an increase in the impact of Vitamin E on your body can slow down your aging process and maintain your skin.

After the analyzation of 38,000 test subjects by Dutch Researchers over a period of 4 years, it was found that those who used to drink beer in moderate quantities were less prone to Type-2 Diabetes. Although, the research doesn’t vouch for heavy consumption, only moderate consumption of beer.

Like any other alcoholic beverage, beer is also a stress buster and happiness releaser. The drink facilitates people to sleep more peacefully and for prolonged times, though it is no way advised to be consumed in heavy quantities as it might be dangerous for health.

Anything, when consumed in moderate quantities, is for health, the same goes for beer. When the recreational things like beer are abused by the person, they convert from a pro to a con. It is important to keep your alcohol consumption in check or it might turn dangerous for you as well as your society.