Nothing beats a trip to the movies. You settle down in a seat, scoff down popcorn, and wait for the lights to dim. These days, most movies that hit the big screen are monster budget affairs with an all-star cast and plenty of CGI to keep us happy. Low budget movies are a rarity, but some of those that do make it to the big screen end up being money-spinners. 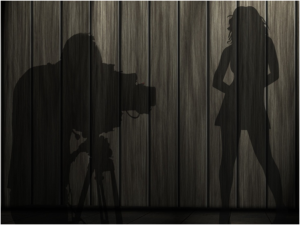 Making a movie is as easy as firing up a digital movie camera or hiring a video production company to steer your creative juices in the right direction. You don’t need a Hollywood budget or an A-lister in the cast. All you need is a great idea and the passion to make it happen. The following movies are proof that it is possible to make a fantastic movie on a low budget.

Donnie Darko is my all-time favorite low budget movie. Watching this movie is like playing with a puzzle. Even as the closing credits flash down the screen, you still aren’t sure you ‘got it’. This movie poses more questions than it answers, not least whether Frank, the giant and rather scary rabbit, is actually real. The soundtrack is awesome and Jake Gyllenhaal is unforgettable in the title role.

Paranormal Activity cost only $15k to make, yet it raked in more than $193 million at the box office. Unlike big budget horror movies, this film hikes the tension in a subtle way. It uses our imagination to create to create the ‘scare factor’, rather than throwing CGI blood and gore at the viewer. Ultimately, Paranormal Activity is a winner because it’s a ghost story at heart, and who doesn’t love a creepy ghost story?

Napoleon Dynamite is a crazy, super funny, low budget movie directed and written by Jared Hess. The main character, Napoleon Dynamite, is a loner, the archetypal ‘weirdo’. His home life sucks and he has no friends at school, so when he does make a friend, he goes all out to help his newfound friend become the class president. You will laugh until you cry when you watch this goofy movie.

The Blair Witch Project was the original horror movie shot on a low budget success story. It kick started the whole ‘found footage’ genre, and at the time of its release, was pretty unique. Even when you went in with your eyes wide open, this movie still has the capacity to creep you out. The entire movie feels like an authentic documentary, which adds an extra layer of creep. This is almost as good as it gets in the world of psychological horror.

Brick is a tough, multi-layer high school film noir. The main character, played by Joseph Gordon-Levitt, is investigating the mysterious death of his girlfriend. It isn’t long before he is sucked into a world of drugs, guns and gangsters. The plot is intricate and you need to pay attention, but this is a fantastic film, and with a measly $475k budget, a huge success.

Did You Know That Drawings Can Benefit Your Future?

Drawing is an exceptional and enjoyable activity, and so is painting. These are creative activities that are quite easy to...