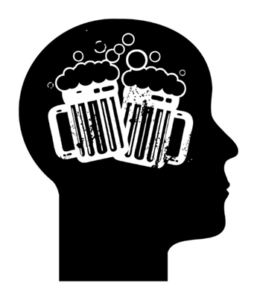 Most Americans over the age of 18 — and even more Americans over the age of 21 — have encountered a situation in which they have imbibed too much over the course of the night. This in itself should be of little concern; alcohol can cause harm in large quantities, but it is relatively safe and legal for of-age adults to consume. What is neither safe nor legal is driving after drinking — but every day, hundreds of people do just that.

Every U.S. state, as well as a handful of U.S. territories, has strict legislation prohibiting and punishing driving under the influence, but many drinkers ignore these laws with excuses like “I can handle my alcohol” and “I always make it home fine.” However, the inebriated brain would make statements like this and take risks like drunk driving — because the inebriated brain isn’t thinking clearly.

Alcohol dramatically changes your brain and body in the short hours it is in your system. Before you are once again tempted to drink and drive, you should consider how alcohol is impacting your chemistry and biology — and what you can do to regain control.

What Happens to Your Brain

Thanks to an episode of “Cheers,” many people believe in the so-called Buffalo Theory, which argues that alcohol is good for the brain. The theory states that a herd of buffalo can only run as fast as its slowest, weakest member, so hunting by humans and other predators helps strengthen the group as a whole. Wise Cliff Clavin goes on to contend that the brain is like a herd of buffalo and alcohol the hunters — thus, drinking kills off only the slowest, weakest cells and leaves the brain smarter than ever.

If only this were true. In reality, alcohol hardly discriminates which brain cells it attacks. Whether you have two drinks or twelve, various regions of your brain experience negative effects, including the hypothalamus and pituitary glands (which regulate hormone release), the medulla (which regulates body temperature and breathing), and the hippocampus (which creates and stores memories). After a few drinks, your brain doesn’t become a more efficient thinking machine; rather, you will likely feel: 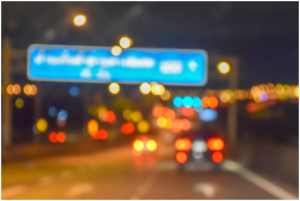 What Happens to Your Body

Your brain isn’t the only buffalo herd to suffer under alcohol’s effects. Your body also changes as soon as you take your first drink. Some of these differences are due to the booze in your brain; for example, your legs and arms might feel clumsy because your cerebellum, which controls balance and movement, is inebriated. Additionally, those hormone-releasing glands in your brain tend to make your sexual arousal go haywire — while impeding sexual performance, giving your body an unhealthy dose of sexual frustration.

However, your body primarily loses function because of alcohol’s effects on the other parts of your central nervous system, including your spinal cord and peripheral nerves. Your eyes lose the ability to focus, and you might start seeing flashes or dark spots that are distracting or confusing. Your ears no longer distinguish between sounds, and the ability to determine the location of a sound disappears. Your muscles grow weak, due in part to the weakening of neuro signals and in part to weakening of muscle fibers themselves. Ultimately, alcohol transforms you into a stumbling, slow-reacting, deaf, and blind buffalo herd — not the strong, enhanced one Cliff promised.

What Happens to Your Car

It is important to remember that your vessel isn’t the only one at risk when you drink and drive. Your car is likely to take a beating, too. Anything can happen when you get behind the wheel intoxicated; every type of collision is common with drunk drivers — but what is rare is getting home completely unscathed.

Drink-related sleepiness causes drivers to fall asleep at the wheel and drift into oncoming traffic, resulting in disastrous head-on collisions. The inability to judge distances properly — combined with delayed reaction — results in rear-end collisions. Drunk drivers often fail to read road signs, fail to notice pedestrians, and fail to pay attention to the road. Fortunately, those injured by dangerous drivers can seek help from a Corpus Christi personal injury lawyer — but those who do drink and drive rarely receive lenience.

Every state has laws that punish driving under the influence of alcohol or drugs. In Texas, drivers are likely to have their licenses suspended for at least three months — in addition to jail time of at least three days as well as possible fines and community service requirements. Other states might be harsher or more merciful. The fact is, even if you believe your brain is the speediest buffalo herd around, your herd will end up in a pen unless you know when to drink and when not to drive.