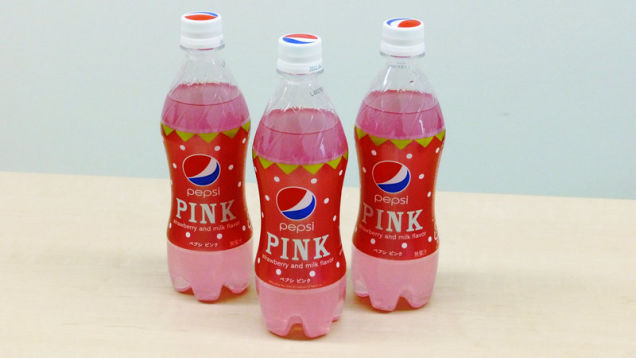 Why does Japan get all of the cool Pepsi shit? First there was Ice Cucumber Pepsi. Then there was Salty Watermelon Pepsi and Red Bean Pepsi. Us Americans like weird stuff too, ya know!

Pepsi Pink, being released for a limited time in Japan, is a strawberry and milk flavored soda.

How To Turn Your Disposable Lighter Into a Pocket Torch

The Pocket Torch turns your plain old disposable lighter into a torch capable at burning at 2,300 F. That's some...