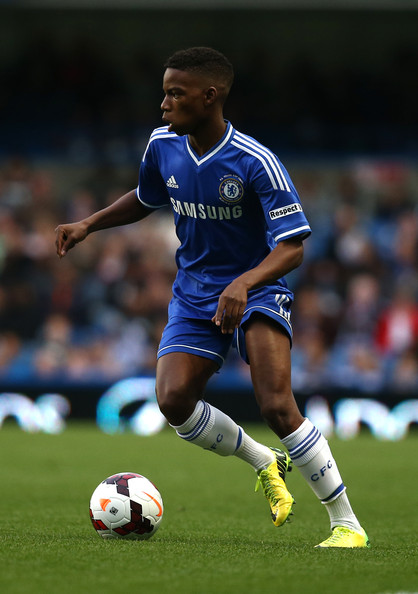 Most casual football viewers wouldn’t realize it, but Chelsea have developed what might be England’s best youth academy. The Chelsea academy is home to numerous prospects with suitors from across Europe, and one in particular — central midfielder, winger, or attacking midfielder Charly Musonda — has become a hot commodity.

Musonda has been linked to Paris Saint-Germain, Manchester City, and Arsenal for a permanent transfer. PSV Eindhoven, AS Monaco, and Olympique de Marseilla all want to loan him out with an option to purchase.

Reports suggest that Chelsea is interested in offers over €10 million (£7.1 million), though Musonda himself is looking to explore all his options at Chelsea, to which he is “very attached,” before he tries to change clubs.

Provided Jose Mourinho is willing to send the 18-year-old midfield player out on a loan, then Monaco might hold the upper hand in this deal. The potential loan of Radamel Falcao to Chelsea (from Monaco) might carry the condition that Musonda and Chelsea’s other hot youth product Mario Pasilic go to Monaco in exchange for Falcao.

If this happens, the deal would likely be overseen by Jorge Mendes, the super agent representing Falcao, Musonda, and Mourinho.

However, supposing the Monaco deal doesn’t happen or the conditions aren’t right. Who else would be willing to pay more than €10 million (£7.1 million) for the midfield prospect?

The Blues have no need to rush, Musonda is under contract to June 2019. But two of the linked clubs are known dangerous spenders: Manchester City have nearly limitless pockets (limited only by the UEFA financial fair play rules) while PSG are almost the same.

It makes little sense to sell such a hot commodity to the title rivals at Manchester, which means the Parisians are the prime candidates if Musonda were to make a permanent move.

One reason Paris might be interested: as fans with Paris Saint-Germain tickets (available here) are well aware, their attacking quality is far from the youngest overall. The team’s only viable option aged under 26 is the 22-year old, injury-prone Lucas Mourara. Their main forward options start at age 26 (Javier Pastore) and go all the way up to the 33-year-old Zlatan Ibrahimovic.

If Paris Saint-Germain wants to see sustained success, they’ll need to bring on some younger blood in their coming seasons. Musonda might be seen as a good building block to accomplish this.

Musonda is still developing his professional build and football acumen, and it’s likely the Belgian U21 international player would be best served staying with his Chelsea contract and making use of their extensive player loan system or using all the European interest to get closer to the Chelsea first-team.

If PSG puts in a bid after Chelsea knows what they have, then Musonda’s move would make some more sense. Right now, even Mourinho can’t predict what Musonda is going to become. Selling the Belgian player would be an elephantine gamble for Chelsea, and any bid from PSG would need to compensate Chelsea for the risk.

Chelsea and Paris Saint-Germain are going to play a pre-season match in Charlotte in the US on July 25. It remains to be seen whether Musonda will get much playing time, as a quality ball or timely tackle might spark further interest from the Parisians.