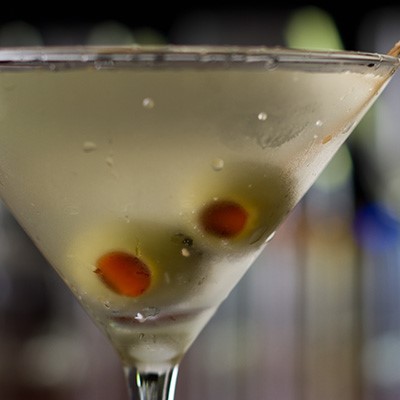 It’s a well-known fact; some cocktails will never be as good as the original. The martini is a classic example; bartenders have developed their own versions by adding various ingredients but it will never be as delicious as the cocktail was originally intended to be.  Recently there has been an interesting development in the universe of cocktails… the end of the word, “martini” has been added to other words such as “apple” and “lychee”: Appletini. Lycheetini.  As great as these modern cocktails might be, they bear no resemblance to the original, dry or dirty martini, with the only similarity being the famous glass they are served in, which is widely called the martini glass.

It’s a classy, simple drink that even James Bond was seemingly addicted to, who preferred his shaken and not stirred (see the recipe below for a delectable shaken classic martini).  In his famous words: “I’ve never tasted anything so cool and clean…They make me feel civilised.”  His favourite, according to the Casino Royale novel by Ian Fleming, is known as the ‘Vesper” which is made with part gin, part vodka and a vermouth called Kina Lillet with a twist of zesty lemon peel.  The drink was originally made with gin and this was the first mention of vodka being used in the mix.  Bond however was soon drinking vodka martinis in the second novel, Live and Let Die that most likely added to vodka’s rise in popularity over gin during the 1900s. Bond’s love for the vodka martini has even inspired brands to design bottles especially for the films; Belvedere is currently selling a limited edition bottle for the premiere of Spectre.

Its background and roots are uncertain however, with one theory citing its origins during the mid-1800s Gold Rush in Martinez, California, a small town whose inhabitants claim this classic cocktail was invented.  Its origins stem from a bar in this small town whose owner did not have the champagne that his patron requested and instead put together another drink consisting of a mixture of what he had available – bitters, dry vermouth, maraschino liqueur, and, as you may have guessed, gin.  He added a slice of lemon and handed over the creation.  The story goes that the patron loved the drink and on a trip to San Francisco ordered the “Martinez Special” but the bartender had no clue what he was asking for.  The patron instructed him on how to make the drink and thereafter its reputation grew and the recipe was even published in the Bartender’s Manual in the 1880s.

Barnaby Conrad III wrote a book on the origin of the martini and claimed that the cocktail was invented in San Francisco, and not Martinez as originally thought.  The interesting thing though, is that there is another theory mentioning that it was created at the Knickerbocker Hotel in New York and yet another that it was created and named after Martini & Rossi Vermouth (first made in the mid-1800s), which is why it is thought that the cocktail was named “Martini”.   Another theory also originates in San Francisco at the Occidental Hotel in 1862, where the drink was named after the nearby town of Martinez.  This too is accepted as the drink’s traditional beginning as patrons of the hotel would order it and then go and take their ferry to Martinez.

No matter it’s beginning, it originated from the USA, if that makes it any easier to remember when discussing its history over one!

As you can see, various theories abound as to the source of the classic martini as well as the original recipe; most saying that it consisted of gin and dry vermouth, and was served highly chilled in a v-shaped glass with the garnish being either a green olive or a twist of lemon.  Why do some recipes call for vodka instead of gin though?  And why do some others call for both in the mix?  Well, that’s because vodka’s popularity grew over the years as we read above, most likely due to its use being mentioned in Bond’s second novel. 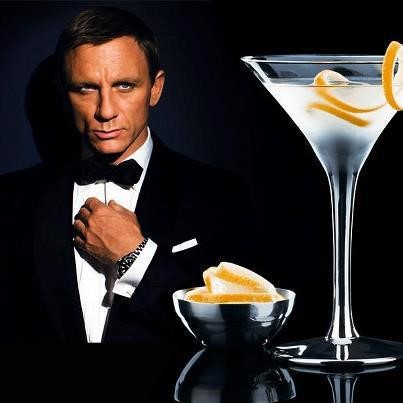 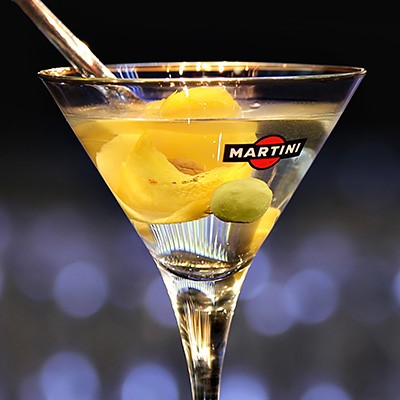