Amsterdam – aaaaah! It’s every stoner’s mecca. These people would do just about anything to get marijuana legalized. Smoke some dope and never worry about cops passing by and throwing you in jail for it. Some fight for its legalization, arguing from the point of view that marijuana does have medicinal benefits.

Have you ever thought about the economics behind marijuana? Well, it seems as if thousands of people have thought about it as well. Hence, we’ve decided to put together a graphic representation of what it would be like if marijuana consumption was legalized. It takes a large sum of federal tax dollars to keep this drug banned. Or, if you were to ask a toker, is it just an organic product? If states treated this as just one of nature’s products and made this available just like other agricultural products, would economy actually improve?

With the worldwide recession, this is actually a great way of changing the perspective of things: 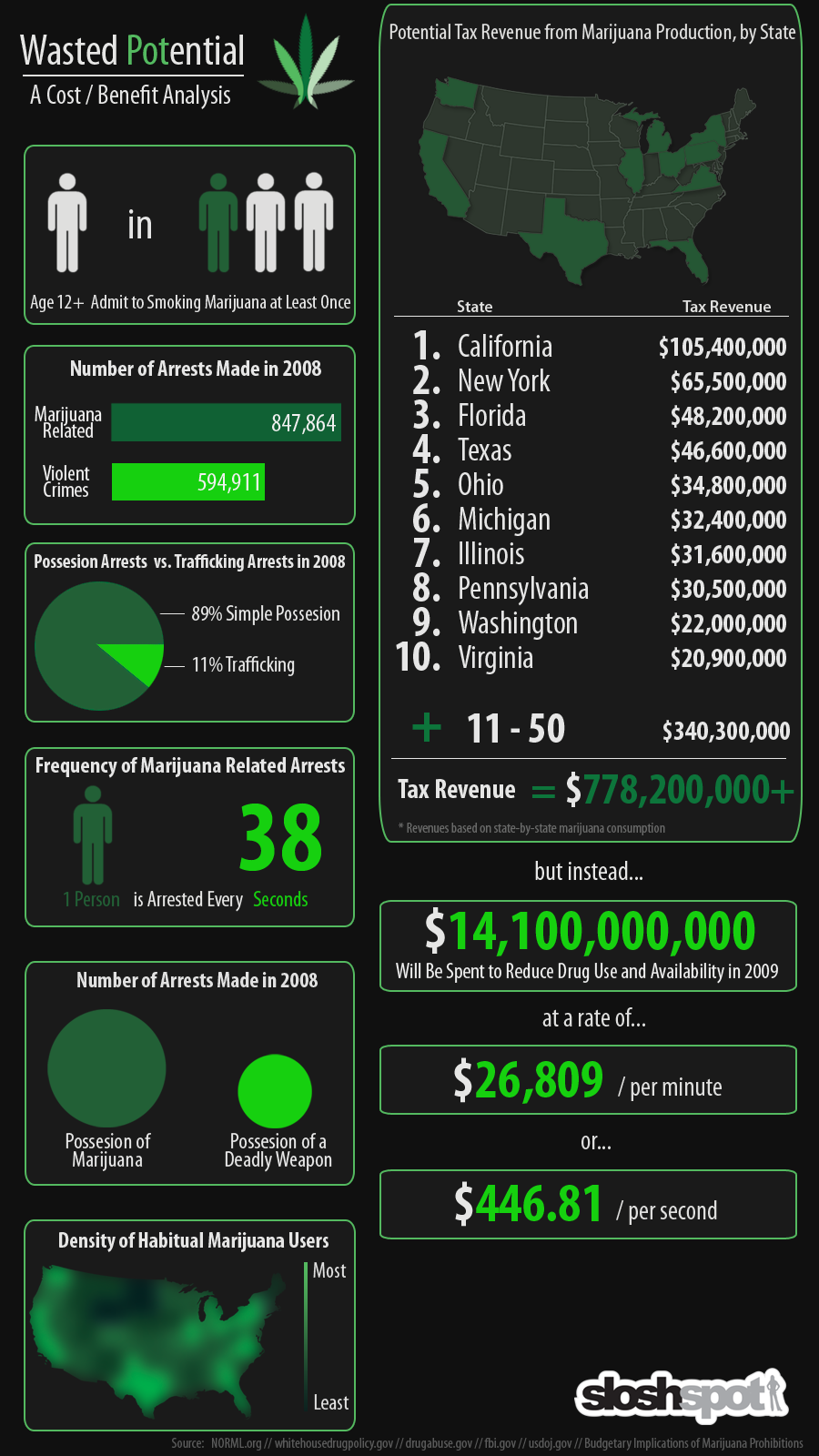