Certain cultures practice specific traditions to welcome young boys into adulthood. The rites of passage differ from one country to the next. The Jews have the Bar Mitzvah, some Africans tie the boy up to a tree until he’s writing in pain, and the Americans… Well, let’s just say that out of all the traditions, they have the most fun and the most colorful one to date.

There’s no pain, tattoo, and abstinence involved. In fact, it’s the exact opposite of all these. If every country followed the Americans with their tradition, then those little imps would be in a hurry to grow up. Yes, we’re talking about how the boys get to finally experience life and see the light by going to a strip joint. Yep, you read that right! Those boys get to feast on gyrating hips and bouncing breasts as they try to cheat their way through more bottles of alcohol. Parents might even be unaware of what their innocent young lad is doing at this very night. All they know is that their boy is safely tucked in bed after a long day completing a project over at his friend’s house. If they just knew the truth, mothers would come barging through the salon doors, spewing words such as “guilt” and “disgust,” while the fathers simply watch in amusement, thinking of the day when he pulled that very same stunt.

So, for all you boys… *ahem* men… entering the world of strip clubs, thongs, and Brazilian waxing, here are some rules to follow while the ladies are trying to push it, push it real good: 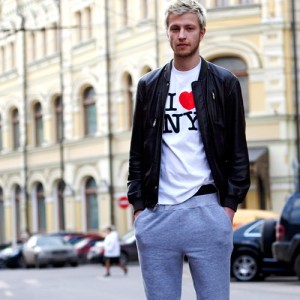 Nothing says douchebag louder than a pair of sweatpants. You’re not part of the Jersey Shore cast, so don’t try to look like one. Else, you just might end up like the Situation. He thinks he’s all that but the girls actually scurry the other way the moment he walks through the doors. You should look like you’re a cut above the rest. Go for khakis instead. Jeans look fine, but they may chafe your boner or the girl’s crotch when she gives you a lap dance. Try to look neat and pristine as you get ready for the wild night ahead. Keep those bills neatly rolled, shirts tucked in perfectly, and hair tousled stylishly.

More in Did You Know?, Girls

The video gaming industry has had its fair share of flops and winners. Obviously, we know all the successful ones....