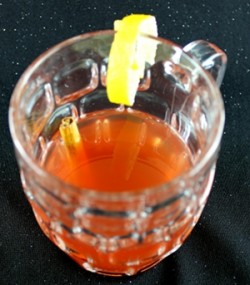 Harry Potter may have had his butter beer, but that’s child’s play compared to this. You’ll certainly see Christmas lights hovering above your head at the end of the night. But don’t worry because the other guests are just as wasted. This drink tastes so good that you forget to keep tabs. The next thing you know, you’re singing the Christmas carols and irritating some guests with your drunken slur. And if you drink enough, you may be singing until Easter.

Mix butter, sugar, cinnamon, nutmeg, cloves, and salt in a bowl. Cream them using a mixer. Refrigerate until the mixture becomes slightly firm. Then, spoon the mixture in small mugs half way with the rum. Then, fill the rest with boiling water. Stir and serve.