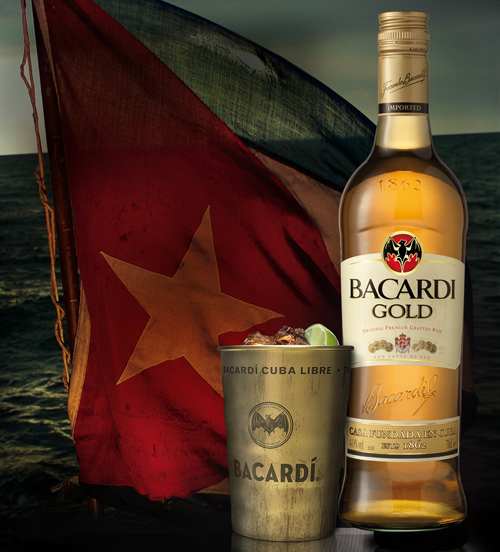 For most hard-liquor connoisseurs, they pick a favorite brand and stick with it. This concept is incredibly true for rum fans. White, gold and spiced rum are liquors that can take up an entire aisle at the market. Many companies create these rums, but there’s one brand that’s stood the test of time. The history of Bacardi Cuba is a distinctly unique one that’s been talked about for ages. In fact, Bacardi has been in business for about 150 years. Their success in the marketplace is due to several factors. Take a look at how your favorite rum survived and where it might be headed in the future.

The base ingredient in any rum is its yeast. It ferments the liquid ingredients and produces a distinct taste for that rum. Bacardi has a yeast that’s unique to all of its products. In fact, it was found in Cuba among the sugarcane naturally growing there. The Bacardi family isolated this yeast and saved it under lock and key. With Cuba’s volatile political situations of the past 150 years, you would think that the yeast would have been lost or seized. Luckily, Bacardi was able to hide and hold onto their yeast. As a result, you have a quality product in your hand regardless of the selected bottle off the market’s shelf.

Bacardi understood that they couldn’t limit their rum production to Cuba alone. The family paid close attention to global need, and they discovered a lucrative outlet during the 1920s prohibition in the United States. Rum makers advertised their distinct product to Americans, and they responded with many trips into Cuba. Bacardi’s rum soon became a global phenomenon. Cuba was perfectly situated in the Caribbean so ships could easily trade with the Bacardi family. Their rum was quickly passed around to various countries. Because they protected their yeast, Bacardi’s rum was always consistently fermented and tasty for everyone to enjoy. In the early years of rum production, unbalanced fermentation usually affected the final taste for liquor enthusiasts.

With Cuba’s difficult political climate, Bacardi had to think creatively about rum production for several decades. As a safe solution, Bacardi began other rum-production centers in at least two other countries. These factories could have some of the critical yeast so that consistent production would continue. Initially, Mexico and Puerto Rico became the two hubs for Bacardi rum production. This smart production strategy allowed even more people to experience rum in its perfected form. The Cuban facility was never compromised over its proprietary yeast because it was divided out to different countries well before the dictatorship took hold. Rum fans can thank Bacardi’s smart planning because the original rum may not have survived otherwise.

Every manufacturer starts with a basic product that grabs people’s attention. Bacardi’s basic white rum was a hit with almost anyone who tried it. However, Bacardi couldn’t rest on just one product alone. They branched out with various alternatives. Currently, you can find gold, spiced and dark rums on the market. It’s also possible to try flavored rums. Coconut, lime and other flavors are favorites among people who want a distinct wet bar at home. Bacardi also has specialty rums for premium prices. They age this rum to perfection and bottle it with care. Special occasions are perfect for a truly aged rum.

Bacardi didn’t stop with brand-new products on the market. They wanted to connect with their customers on a more social level. Rum is popular as a straight drink on the rocks or served neat. However, it’s also a powerful punch in mixed drinks too. Instead of relying on bartenders or rum fans to create distinct cocktails, Bacardi started their own trends. Daiquiris, for example, are a mixture of rum and lime. You can also add strawberries or other fruits to this drink for a sweeter sensation. The Mojito was also created by Bacardi as a way to incorporate rum, lime and mint into one sensational drink. Both of these drinks are staples at any bar across the world today.

Rum fans also contribute to Bacardi’s success. Many competitions are held each year for fans to contribute their ideas on the best rum cocktail. These competitions are mainly for fun only, but Bacardi does look to the entries with distinct interest. A new cocktail mixture might emerge from a satisfied consumer. As rum drinks continue to evolve throughout the world’s various cultures, the liquor can be used for almost any application where unique tastes are necessary. From rum cakes to a weekly cocktail, rum continues to be a favorite among liquor fans across the world.

Walk along the rum aisle at your local store and take note of every Bacardi mixture. This brand has become the benchmark for many rum companies, but no one can ever recreate Bacardi’s unique taste. Fans are tasting a piece of history with each drink.