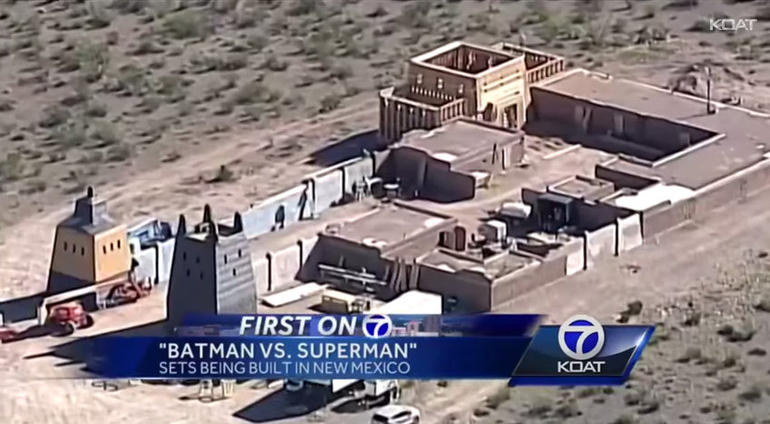 Hidden in plain site, in the middle of the desert outside of Deming, New Mexico, sits a mysterious set being constructed for the ‘Batman v Superman: Dawn of Justice” film.

And this set is MASSIVE. It looks like they are building a mini-city out there.

While it’s unclear how this all factors in, or what part of the DC universe this is supposed to emulate, there was at least a vague inference on Warner Brothers’ part in the way of a mysterious casting call for extras in the Deming, NM area, needed to be part of an African village scene, with filming scheduled in mid-November.

Should we believe this is an actual African village? Perhaps part of Batman and Superman’s final epic battle? The truth is yet to be seen. And we’ll likely have to wait until 2016 to see how this all plays out.