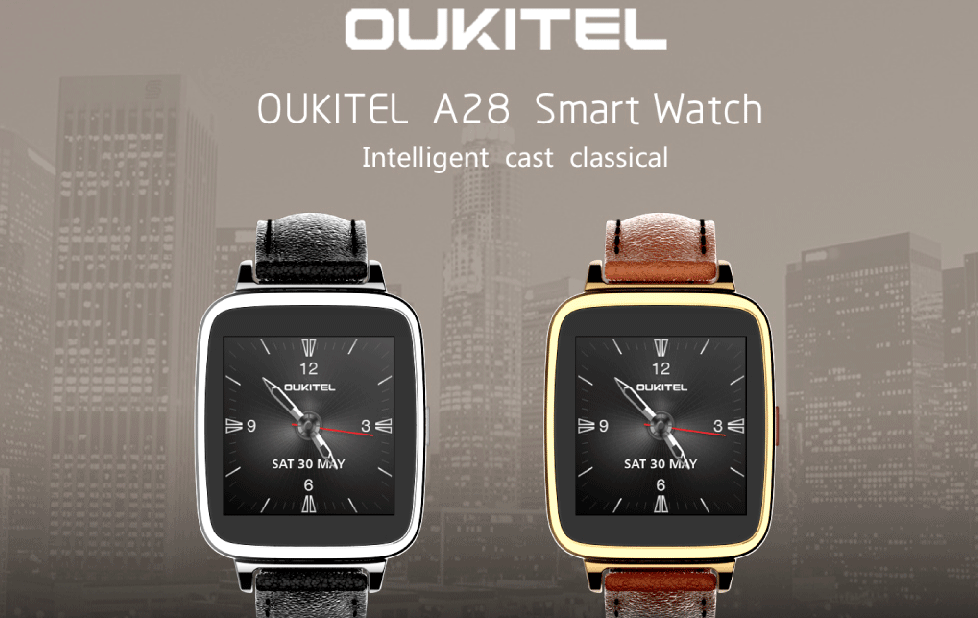 Despite being the latest Chinese smartphone brand, Oukitel is able to create awe in the smartphone world, with its powerful battery life. In the ocean of smart devices, it has yet again magnetized the attention of the smartphone geeks with its latest Oukitel A28 Smart Watch, at the price tag of $56.99. Gizchina calls it as an affordable alternative to Apple Watch, as most of its design modules are similar to Apple’s Smartwatch (except its bigger display unit and missing rotating menu button).

Everybody knows the Chinese Oukitel, which has released a range of flagships with 10,000 mAh battery that can withstand a week’s time without getting charged. In the product line, Oukitel A28 is the newest and the most personal computer, with its configuration favourable for both Android and iOS devices. Apple watch is functional only when it is connected to Apple iPhones and not otherwise, while Oukitel A28 can be merged with both android and iOS devices. 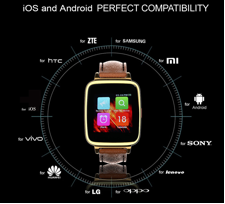 Smart watch enthusiasts are enthralled by the added performance and high reliability of Oukitel A28, with its array of built in features, including pedometer, shutter function in remote camera, sedentary reminder, heart beat monitor, dialler and a lot more. All these smart functionalities are sprucely packed in a compact metal frame, which is attached to the original calfskin leather strap with IP53 certification that proves it is sweat proof, dust proof and splash proof qualities. It is definitely a great evolution in the making of Oukitel, as it fits perfectly on the user’s wrist with advanced specifications. It handles all the notifications in an efficient and faster way that staying connected is made easier.

With its pretty huge dial (1.54 inch with 240×240 pixels), Oukitel A28 displays the accurately measured heart rate, in no time. On the other hand, the updates of Applewatch health app are not as agile as A28. Watch the YouTube video, explaining the efficiency of Oukitel A28 against Apple’s smartwatch, in monitoring the heart rate.

Instead of the tough-to-swallow price of apple watch, invariably people have jumped into the current Oukitel wave, as it can be the best wrist companion in tracking fitness, managing communication, messaging and phone calls and playing music even while moving. Oukitel A28’s other exclusive specifications include: 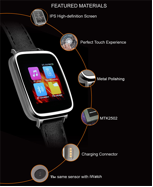 Hands-on convenience of Oukitel A28 is a witness to the revolution in the Chinese wearable technology.

Order your Oukitel A28 at http://www.gearbest.com/smart-watches/pp_204009.html), the reliable online store, committed to offer rapid service at a wholesale price and with complete technical support. “A28” – is the coupon code, which has to be used while purchasing through our company, to get the discount of $7. In other words, you can buy Oukitel A28 at $49.99, instead of the original $56.99 price.