Street performing, otherwise known as busking, has been around way longer than we know. Dating back to ancient times, this form of public performing art has continued and has gained huge popularity in these modern times. People of all genders, nationalities and ages are seemingly part of this group of entertainers including magicians, mimes, living statues and the like. Here are a few such performers, and a couple of reasons why it would actually suck to be them. 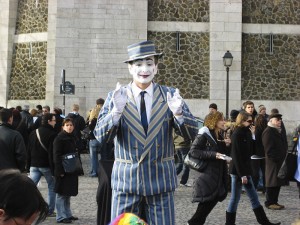 I don’t know if this guy is trying to look exactly like The Joker from the Batman series, but unfortunately, no one seems to notice. Even though his makeup seems to be spot on, I guess his performance isn’t. Either that or he just really sucks. I guess it’s that.