Prev2 of 19Next
Arthur Guinness 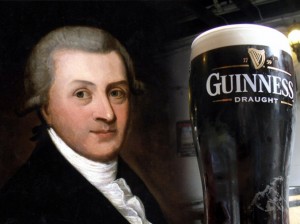 It was in the middle of the 1700s when he started brewing ale. He took fancy in an old and abandoned brewery. In his pocket was $100 from his father. He used this money and leased the brewery for $45 a year for 9000 years. Yep, that was the deal. Shortly after a fire razed the brewery,  they decided to take the burnt barley and brew it. The end product? The Guinness that we know. Our guy, Arthur, should be thanking the fire for this discovery.

Prev2 of 19Next
Arthur Guinness

"Do you work for UPS? I could have sworn I saw you checking out my package." Admittedly, you have to...