Rape – Forcing another person to submit to sex acts 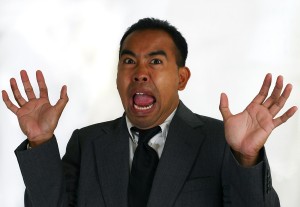 The word rape already tells you that the victim was forced to submit to a sexual act. Using the word ‘forcible’ before it just makes it repetitive. So, is there a difference between rape-rape or rape-ish? The latter just doesn’t exist. So, tell all those lawmakers that they’ve screwed up the law by adding this word to the phrase.