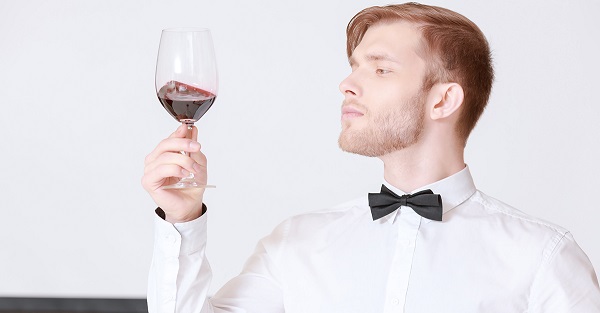 Wine lovers are people who love wine so much they go into full-on geek mode over wine. They’re often known to be very enthusiastic about it and are found extolling its virtues to people they don’t even know. Their passion for wine is kind of endearingly heartwarming at most times. However, an entirely different species of wine enthusiasts exists which is much less tolerable and way more annoying – the wine snobs.

When most people are subjected to the presence of wine snobs they often feel the uncontrollable urge to punch them in the face. When wine snobs are around wine, they turn into insufferable know-it-alls who simply must speak about the kind of wine, its quality and all the background information at length regardless of whether their audience is willing to listen or not. Your wish to enjoy a glass of wine in companionable silence or have fun at a party means little to nothing to them.

If you ever spot someone who obsessively swirls the drink in their glass before sniffing it for a long time, run as fast as you can in the opposite direction. We get it, you really enjoy wine.  We really don’t want to see you engage in semi-obscene looking acts with your wine glass.

If you’re around someone who is so pretentious and obnoxiously loud mouthed about their wine, congratulations, you’re with a wine snob. Wine snobs have to let the people around them know that they know everything about the wine they’re drinking – where and what year it’s from, even what vineyard the grapes were in before they were turned into drinks. Wine snobs also never get tired of describing the taste of wine even though everyone around them is drinking the exact same thing.

This comes with the whole showing-off thing. Really, we don’t think wine snobs are capable of not being pretentious and overly competitive when it comes to wine. The politest person can be the most vicious wine snob who starts arguing with the waiter, or even an expert, about the origins and year of a wine, much to the embarrassment of everyone in their party.

Do you like the wine you’re drinking right now? Do you think it’s good? Psych. It’s not. Your wine snob friend won’t let you get away with that kind of thinking. He thinks the wine is bad and nothing can stop him from saying that aloud about hundred different times during the course of the night.