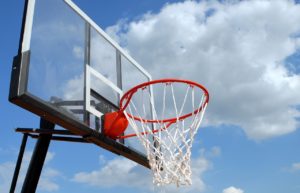 Are you struggling for ideas about what to buy for your single friend? Many men find the idea of gifting another man awkward, even if it’s your lifelong best bud. Whether it’s his birthday, or you just want to get him something to cheer him up for being single, here are 7 ideas that are more awesome than awkward.

TICKETS TO THE BIG GAME

Single guys rarely have a “to do” list to take over their weekends. In fact, their to-do list on the weekend is usually comprised of sporting events, beer, and a barbecue. Depending on your level of friendship, and if it is an important milestone birthday, what better gift than tickets to a pro football or basketball game? Baseball games and hockey matches come at a more reasonable price point, however.

You can also always just invite them over to your house to watch the game. But be sure to have your grill on and the beers in to create a man feast of epic proportion that will make you the envy of the town. If your bud is a fanatic, throw in a replica jersey or other item that will last as long as their memories of the big game.

The proverbial ‘what happens in Vegas, stays in Vegas’ saying is never more relevant than when talking about single guys. Splurging for a weekend trip with your single guy friends is sure to be a great time, not to mention that you benefit from this gift too! While weekends away usually are memorable, who knows what you’ll be remembering when it’s Vegas in question!

In addition to gambling, Las Vegas is a great destination for off roading in the desert, pool parties with the world’s top DJs, and stellar restaurants and clubs galore. Try your luck at the casinos and then hit the pool before you head out on the town. The strip clubs and lounge acts, are, of course, a Vegas staple, and who better to enjoy them with then your single bros?

Get out and get muddy with a group of your best friends. Remember how much fun organized activities were in the birthday parties of your youth? Recreate the magic with a weekend game of paint ball or laser tag. There is something very appealing to the primitive part of the male brain about running around in the woods with your friends trying to ‘kill’ each other. Plus this makes for  a classic and memorable birthday celebration without having to endure that moment where you give your guy friend an actual physical gift.

Getting outside and becoming more in touch with your Weekend Warrior is the perfect way to spend a birthday with your guy friends, and the married guys may even get a pass to come along as well!

Single guys tend to eat out more, and eat less healthy, than their married peers. If your pal is heading down the road to poor nutrition and a massive beer gut, a personal trainer session may be the perfect gift to let him know you care, but in a guy way that won’t make things awkward. Does he love MMA? Why not get him a session with a top trainer. Is he an avid tennis fan or basketball nut? Get a one-on-one session with the best coach you can afford.  Inspire your chubby friend to go to the gym and you will have a friend for life. In all seriousness, a healthy lifestyle becomes more important as we get older, and good habits are best started sooner rather than later.

SPORTS BAR BOYS NIGHT OUT WITH BEER AND WINGS

If the budget is a bit tight, and travel is not an option, making a big deal out of your buddy by getting a group of friends together to celebrate his birthday at your favorite local watering hole can be just as fun. To make this a special outing, round up some of his old friends that you know he doesn’t get to see much of, and make it a special night out. Reconnecting with friends is always a great time, and when the game is on and the beer is flowing it is sure to be a fun night. ADRENALINE ADVENTURE

Who doesn’t want to jump out of plane, or raft some rapids to mark another year on the earth? Even in the most urban areas, there is likely rock climbing, parachuting, or river rafting within a reasonable distance. Another option is an off-road adventure through a four-wheeler rental outfit, or Jeep excursion company. Closer to home, and the ground, are the many indoor parachute centers that have opened up.

Experience some serious adrenaline highs without having to travel too far from home, or you know, actually jump out of a plane.