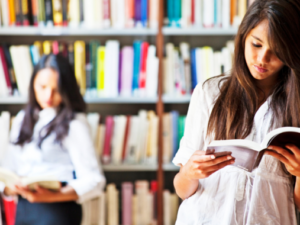 Everyone has a couple of stories that provoke the feeling of confusion and laughter when he recalls them. However, we are common people and it is natural for us to make mistakes and find ourselves in various perplexing situations. In my opinion, such unexpected and bewildering incidents make our life more colorful and gripping. They cure us from the harmful effect of triviality and monotony of daily routine. Furthermore, we do not occur in such situations alone.

There is always a friend or a relative (brother, sister, cousin, parents) who shares a part of fun with us. Thereof, confusion connects people and fills their lives with unforgettable memories. My funny incident is related to the sudden birthday of my inexistent ‘uncle Jerry’. I would like to tell you about him.

My name is Stephen Brown and I love my family and I try to remember about its every member, even the furthest ones. Our family lives in a small town. We are getting along with our neighbors well and we spend much time together. It is possible to say that we live in a friendly community. We know everything about our neighbors and so do they. It is humorous that the surname of the family living beside is also Brown. Sometimes, we receive their mail and pay for the pizza they order. I dare say this name made us closer.

One day, there occurred an incident that taught us to pay more attention to the similarity of our surnames. I woke up in the morning and decided to check the mailbox outdoors. I grabbed a pile of leaflets and newspapers and noticed a letter addressed to Mr. Brown. I opened the letter while eating my breakfast and found out that I had an uncle, Jerry, who celebrated his 60th birthday in a week. Yes, it was an invitation card. Moreover, it contained a quaint remark: “I would like to know you better. You probably have never heard of me”. I did not think about my neighbor whereas I was excited and all agog. In addition, my neighbor said he did not have any relatives in this country while my family is very huge and counts dozens of people scattered around the state. It was possible to discover a new uncle who wanted to make contacts with us.

I started thinking about the present and the entire organization of the trip. He lived quite far from our town and it was going to take us at least ten hours by car. I took my wife and children to the nearest mall to choose the best present for my lost uncle Jerry. I thought about the gift a lot. The choice was very considerable inasmuch as I could not give something common. It would look like a sign of disrespect. It was unreasonable to present accessories or clothes because I did not know his favorite color. Finally, I made my mind to present a great photo album with the members of our family. It possessed solid symbolic value.

The day of my trip came. I asked my wife and children to behave well and present our family in the best light. I was worrying tremendously. I thought about the words that should be said. I thought about the best topics for conversation. What is more, I prepared to meet my other new relatives – the members of his family. How would they accept us? Were they interested in close friendship?

When we arrived, we were met heartily. We entered the house and introduced ourselves. Uncle Jerry introduced his wife, children and his friends who came to celebrate his birthday. We began talking about everyday things and then moved to the theme of our family. He spoke about grandparents, cousins and younger people whose names I had never heard. I began suspecting something. Uncle Jerry claimed that he was ‘my mother’s’ close friend and he played with me when I was little. The only thing was the name of ‘my mother’. It was completely different. I realized that that amiable and wise man was not my uncle. He was my neighbor’s family. I decided that it was unreasonable to continue the conversation in that way. On the other hand, it would look shamefully to say that I confused that man with my uncle. Therefore, I asked Uncle Jerry to go out and explained everything to him in private. We laughed a lot, excused ourselves but continued the celebration. I called my neighbor by phone and introduced to the birthday of his discovered uncle. When he came with his family, we felt confused and amused at the same time. In such a weird way I got a new friend whom I continue calling Uncle Jerry.

About author: Jeremy Sanders is a professional freelance academic writer who has been working in WriteMyPaperHub.com writing company since 2010 helping students with short essays.