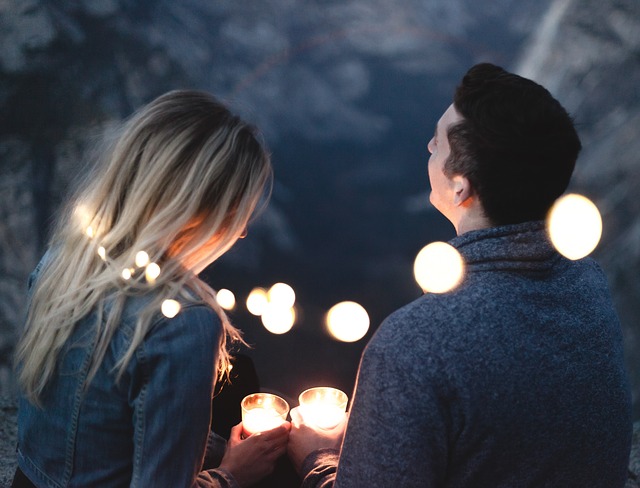 I don’t want to sound unpatriotic, ok whatever, I am…I’ve went English. I’m now a Loyalist and should be hung for my treason to the Revolution. Oh that was several years ago wasn’t it? Well, apparently we’re friendly towards the English now, and vice versa and it’s not seen as some grievous offense to date one. In fact, English and American intercultural dating is quite common and has made for some successful couples. Some of these couplings have even ended in marriage and progeny. The offspring are typically well adjusted, finely formed, and even, dare I say, normal. I myself became an English dater after locking eyes with an English guy who was snarling at me from across the room of a dimly lit language exchange in Barcelona. I can’t remember the name of the bar, I just remember there was a huge purple phallic vegetable on the sign. We started with the small talk and arguing, the most valued parts of our relationship, over the name of the vegetable. Was it the English “aubergine” or the American “eggplant.” Such was the basis of our relationship. With these arguments, I knew I had found my soul mate. If these kind of squabbles and bickering in a relationship would make you happy, you too should find an English lover. Read on for more guidance and asinine stereotypes.

Where to find the English guy

If you live in England, you’ll find him in the pub. Much like the American guy, they love to gather with their friends in the nearest drinking hole and watch the game. If you’re abroad, especially in a sunny place, you’ll find them getting burned on the beach or drinking until alcohol poisoned while making a terrible ruckus in the street. If you’re more after an introspective intellectual, like my guy, you’ll find him drinking beer and reading a good book, while sitting on a bench in a sunny park trying to count how many people get pickpocketed (in Barcelona this has become a national sport). After racking up his number of witnessed pickpockets (or drinking his ration of beers), he’ll stagger on home, a little burned, a little drunk, and a little sexy (come to mummy).

How to flirt with an English guy

English guys usually like girls who are their friends first. They’re kind of shy and they won’t do the obvious thing of just asking a girl out. They prefer to drink with the girls in the pub and hope that both of you will end the night in a drunken unplanned romp. It will be confusing and that’s how they like it. English guys also like girls who pick on them. I landed my guy by making him laugh. Most of the time it was by insulting him. I should also point out that he wasn’t laughing that much, but I sure was. At him. Either we’re still together because he’s afraid I have a gun (I am an American) or maybe he’s in love with me. Weird.

How to get one to ask you out

See the point from above. He doesn’t have the bullocks to ask you out properly. It’s much easier to get pissed first and try to date after an awkward situation. I did manage to get my guy to ask me out by making it more low key. There was another bloke, who asked me out, and my guy kinda wormed himself into the plans. The other guy never showed and voila: there we were with a pizza and some drinks. The night even ended with a simple peck and he picked up the check. If you’re an American girl who is used to being wined and dined, this might not happen with the English guy. They may be English, but they are used to going Dutch. I like it when my guy pays. It just makes my bank account heart feel more loved somehow.

How to Get One to Commit to You

In some ways, English guys can be simple and a breath of fresh air. They’re not good at asking girls out so they don’t have a huge reputation as being players or serial daters. If their limited charms have worked on one girl, they’re usually satisfied and want to concentrate on one victim girl at a time. I can’t say this for every English guy, but our transition from drinking warm white wine on park benches to introducing each other as each other’s S.O.S was very seamless and beautiful.

How to Wife One

You must take things into your own hands here. Englishmen aren’t so different from the most commitment phobic of the American guys. Yes, they may like the idea of marriage, but in a “must be nice to do when you’re around 50 and ready to finally settle down” kind of way. Let’s face it, if we’re around the same age, “Ain’t nobody got time for that!” We ladies have also got a timeline and that involves getting the kiddies out of the way, so by the time we’re 45-50 we can be getting our groove back. They are very indirect creatures and would rather you subtly remind them that your window of fertility is closing by dropping passive-aggressive hints at every chance you get. Some of my key go-to moves: (When making eggs) I crack each one and as if wondering to myself, say, “I think my eggs are cracking. In my ovaries.” (When closing a window) “This seems so symbolic of my fertility.” (When seeing a mother with children) “Must be fun, but it’ll never happen to me, it’s already too late.” Let me tell you, he doesn’t feel put on the spot at all when I make these comments. He loves it. If being indirect doesn’t work and you simply can’t wait any longer, be super direct and propose to him. After all, you may have to wear the pants, I mean trousers, in this relationship.

How to talk to their friends and family (if you must)

Being an American girl, his family is already a bit scared that you’ll be different. His mother wonders if you like Trump, his dad thinks your family is apart of the NRA and own a few guns. His friends are worried that you’ll have bad taste in restaurants and will only want to eat at McDonald’s and other fast-food places. Understanding this, be sure to make the best first impression by proving all their fears and stereotypes TRUE. Show up to the first meeting draped in USA regalia, wear a Trump supporter pin on your USA flag shirt, place an NRA pin somewhere and you’re almost done. Final step to finish off this ensemble is always be carrying a bag of greasy McDonald’s food with you in your purse. You want to make sure you smell like you live there.

How to live happily unhappily ever after with your English guy

Now that you’ve decided that he’s the one, keep the language and cultural barrier debates going strong. Subtly correct his grammar, spelling, vocabulary, and especially his pronunciation. (“It’s pronounced ‘butter’ with a ‘d’”). Keep reminding him how important American English is becoming on its influence throughout the world. Every time you see someone who’s English question it by saying: “But they have nice teeth, how is that possible?” Get super offended when he meets an American and questions it by saying: “But they’re not obese, how is that possible?” All jokes aside, it is integral that you have a sense of humor when you’re in a relationship with an Englishman. As much as you may poke fun at him, he will always win. Not only are the English the monarchs of self deprecation, but with our history of Bush and now Trump, we will always be the butt of the joke. If you are looking for a sweet, funny, down to Earth guy to have a serious relationship with, look no further than the Englishman. He may like his tea with milk, and say “at the weekend”, but he’s a jolly good lad and fit, and I’m in love with one.