They say that the idle mind is the devil’s playground, and for good reason, too. People can do the craziest things when they’re bored. They test out their appendages and see if these can fit in the tightest spots. Now before you judge these idiots, you must’ve been guilty as a child as well.  A good number of you must’ve gotten your heads stuck in a banister. It was mom who saved the day. Some butter and you were able to slip your head out. For the unlucky ones, they might have had to break a portion of the banister just to get you out.

There are daredevils out there who would try out any stunt. Some of these stories feature bravery, but we have to tell you that a good majority of what we’ll show you are from those who just didn’t think. For the latter, you can charge these stories to childhood and immaturity. These are folks who never grew up. They pushed the envelope and ended up splattered on the front page of the local newspaper. They were literally stuck between a rock and a hard place. It might have been embarrassing, but some of them had to call the firemen. The worst part of it all is that they became the laughingstock of the entire town. You can’t help but pity them, but at the same time, you also can’t help but think that they deserve every smirk. After all, if it doesn’t fit, then don’t even attempt to try it. 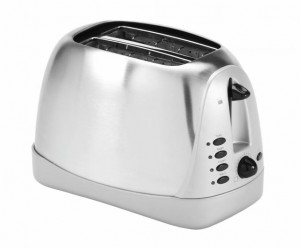 Showing the actual image of this incident may not be for the faint-hearted, so we leave it up to your vivid imaginations. This man must’ve watched American Pie before he decided to masturbate. But then, he took it a step further by going for something hotter. He decided to whack off with a toaster. London firefighters are wondering if this is the Fifty Shades of Grey effect. Ever since the book became a bestseller, these men had to break appliances just to get appendages out. This man, by far, was the most resourceful of them all. We’re just wondering if the toaster still works. If this tiny piece of appliance had feelings, we could only imagine how traumatized it is by now.