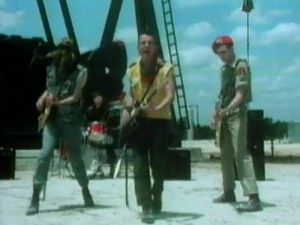 This song was first chosen for broadcast at the US military station during the 1991 Gulf War launch. To this day, it’s used as a torture ploy by some officers. Joe Strummer, the band’s late singer, was appalled when he found out about it. Maybe it would have been better if he talked to Metallica just so he could’ve felt better.