You’ve all heard of water torture. But have you heard of music torture? This may be new to a lot of you, but any music lover knows what this is. Just ask any of the rock legends to stand inside a room and have Justin Bieber sing to him/her. Tweeners may disagree, but all you wiser folks can imagine just how bad this is for someone who knows what a true classic is and what it should be. Play certain songs incessantly until the listener goes crazy and gives in to whatever it is you want.

This is what the military troops refer to as “lite” torture, and any other method would have been considered illegal. PSYOPS (or what is otherwise known as psychological operations) is a method used by the military to influence the emotions, motives, well-being, and reasoning of the men detained under them.

At Guantanamo Bay and in some Iraqi prisons, military intelligence has adapted the music torture method. It seems to be quite effective as some so-called tough prisoners have caved in with music being played 24/7. They just couldn’t stand it any longer. In fact, they’d rather die a horrible death than suffer with quiet dignity. They’ve broken down, but the worst part of it all is that the next time they hear these songs, it would be a lifetime too soon. They’d rather go deaf than attempt to turn the radio on ever again.

So, are these songs bad? Not all of it. In fact, you do listen to some of them, but then again, you do have the option of switching to another song after one round. Have these tunes on repeat, and it’s another story altogether. 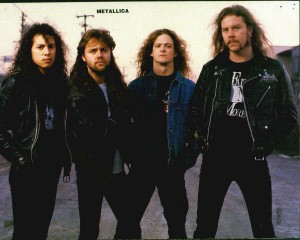 Most singers want to know that their songs bring pleasure to people. If it were used for other purposes, many of them would surely take offense. Well, that’s not the case for Metallica. James Hetfield, co-founder of the band, said, “If the Iraqis aren’t used to freedom, then I’m glad to be part of their exposure. The band has been punishing the people around them for years, so this is no different from what they’ve done in the past.” This hit is played at a detention center on the Iraqi-Syrian border. Lars Ulrich, the band’s drummer, said that there are actual more Norwegian bands that make Metallica sound like Simon and Garfunkel. This may be his way of saying that if he were one of the officers, he’d pick a more torturous song.