Imagine never paying a single cent on diluted beer from the local bar ever again! Brewing your own beer is fun (and cheap)! You can use stuff that are already in your kitchen plus, you can set aside your beer money on things that are actually important, like saving up for the Xbox One or finally getting that suspicious growth checked. Best of all, you can drink your DIY beer, pass out or throw up in the privacy of your own home, away from judgmental stares. 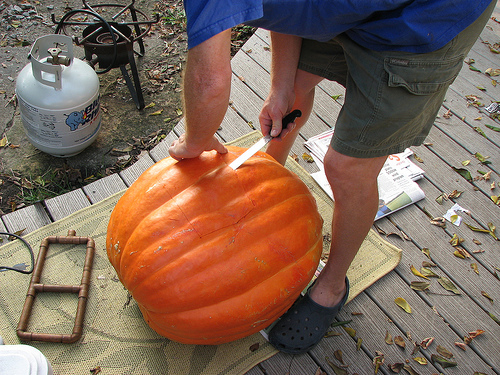 Get a nice, sharp knife and cut the bastard. Start by carefully cutting a square-shaped opening right in the middle of the pumpkin, it doesn’t have to be perfect but refrain from stabbing randomly at the thing either (no matter how good it feels). The pumpkin will serve as your fermenting container. Because pumpkins have built-in insulation, it would make the perfect vessel for fermenting the wort, which turns to beer.

15 Most Common Mistakes People (We) Make When They Are Drunk

Drunkenly running around naked is not exactly the best way to impress the neighbors. Streaking has been a popular prank...